UN expert: Women and girls continue to be treated as second class citizens in Iran

UN expert: Women and girls continue to be treated as second class citizens in Iran

International Liberty Association: On 9 March, The UN Special Rapporteur, Javid Rehman, reported to the Human Rights Council, citing domestic violence, thousands of marriages of girls aged between 10 and 14 each year and continuing entrenched discrimination in law and practice.

The following is a part of this report, but for the full text of the report please click here.

“One of the most concerning issues in Iran today when it comes to the rights of women and girls is the issue of child marriage,” Javaid Rehman, the Special Rapporteur on the situation of human rights in the Islamic Republic of Iran, said in the report to be presented to the 47-member body on 9 March.

“The Government and other leaders in the country must raise the marriage age now and introduce further policies and programmes to reduce this practice in the country.”
By law, a girl as young as 13 years can marry, while girls even younger can legally marry with judicial and paternal consent. In the first half of the current Iranian calendar year, over 16,000 girls aged between 10 and 14 years have married, according to official Government figures.

“The current legal marriage age is simply unacceptable. It is clear that child marriage is harmful for the development and well-being of girls, including in terms of education, employment and to live free of violence. While I note previous attempts to amend the law, pressure must now be brought to raise the marriage age, in line with Iran’s obligations under the Convention on the Rights of the Child,” Rehman said.

The report also highlighted serious concerns regarding domestic violence. Some positive steps are noted, such as a law against acid attacks, but the Special Rapporteur pressed the Iranian Government to do more.
“Blatant discrimination exists in Iranian law and practice that must change. In several areas of their lives, including in marriage, divorce, employment, and culture, Iranian women are either restricted or need permission from their husbands or paternal guardians, depriving them of their autonomy and human dignity. These constructs are completely unacceptable and must be reformed now,” he said.

The Special Rapporteur also called on the Government to implement concrete measures to end the culture of impunity for serious human rights violations and to hold those responsible for violations accountable. Rehman specifically raised the Government’s failure to properly investigate the security forces’ bloody crackdown on the November 2019 protests, which killed over 300 people. He remained concerned at the high death penalty rate, especially the execution of child offenders, and those executed in relation to protests and freedom of expression, such as Navid Afkari and Ruhollah Zam, as well as reports of the widespread use of torture to extract forced confessions.
ILA: According to the report, he also underlined deep concerns that arbitrarily detained human rights defenders, journalists, labour rights activists, dual and foreign nationals and lawyers continue to be imprisoned despite the COVID-19 risks. State targeting of these individuals for exercising fundamental freedoms also continues, including Yasaman Aryani, Monireh Arabshahi and Mojgan Keshavarz, who are imprisoned for protesting against compulsory veiling laws on International Women’s Day 2019, and other women human rights defenders, like Nasrin Sotoudeh, Atena Daemi and Golrokh Iraee. 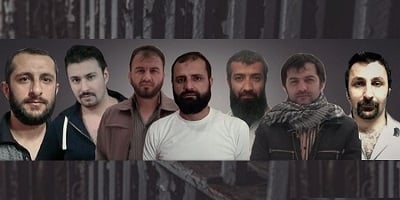 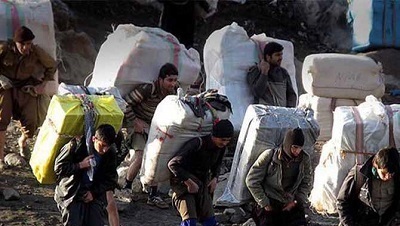