Prisoners must be released immediately

Zayandehrud used to be one of the most water-rich rivers in Iran.

Since mid-November 2021, thousands of farmers camped on the Zayandehrud’s dry riverbed in Isfahan to express their frustration with government policies and the plundering of water.

The farmers in Isfahan province have a nearly 74% share of the Zayandehrud waters for farming and their crops and they’ve been charged for it.

For years they have protested against the diversion of water from the river Zayandehrud by the Iranian regime in that takes place with the aim to supply factories and industries that belong to the Islamic Revolutionary Guards Corps (IRGC) or are run by industries affiliated with the regime’s supreme leader including Isfahan Petrochemical, Isfahan Refinery, Chemical Industries, Sepahan Oil Company, Steel Industries and Nuclear Facilities, all of which have been set up in the plains of these areas. 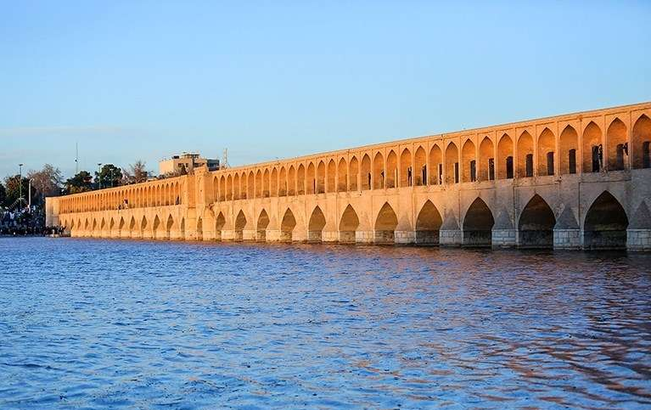 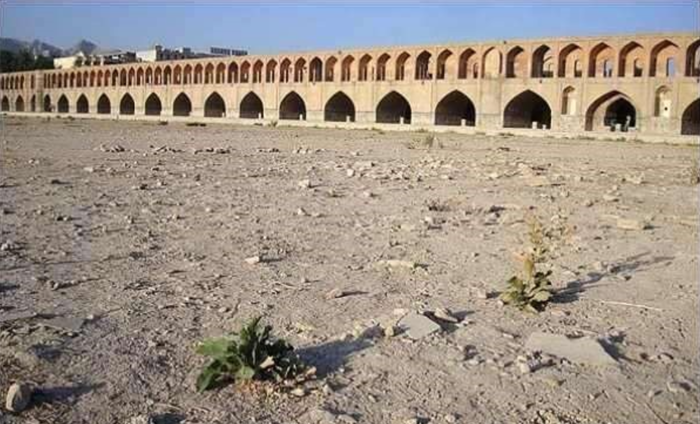 One of the farmers who had joined the protesters and was helping to set up a tent on the river bed was asked a question about the reason for his participation in this sit-in. He explains how the regime made promises to supply the water that the farmers need for their crops but that the promises were never kept. In fact, no one even bothered to go and speak to the farmers and answer their questions.

People of Isfahan joined the protest in support of the farmers. Very soon, the crowds exceeded a hundred thousand and the slogans turned against the entirety of the regime as the main cause of people’s suffering. Some reports suggest that the number of protesters across Isfahan and the neighbouring provinces exceeded a million.

On November 18, a member of the regime’s parliament from Isfahan said that 150 million cubic meters of water had disappeared from Zayandehrud.

In the early hours of Thursday, November 25, 2021, the repressive State Security Forces (SSF) and IRGC special units attacked the Isfahan farmers with vehicles and motorbikes, and started using tear gas, and set fire to the farmers’ tents. Plainclothes agents, were then stationed in the Zayandehrud riverbed, with the aim to prevent farmers from gathering. A night before, the regime had tried to force the farmers to evacuate the location and end their sit-in but had no success.

Failing in their attempts, the SSF and the IRGC special units directly attacked the farmers using shotguns and firing metal pellets in demonstrators’ eyes causing blindness or serious injuries in more than two dozens. At least 3 protesters are reported to have been killed by the security forces. Farmers and people of Isfahan announced that if the water problem is not solved, they will hold a larger demonstration. 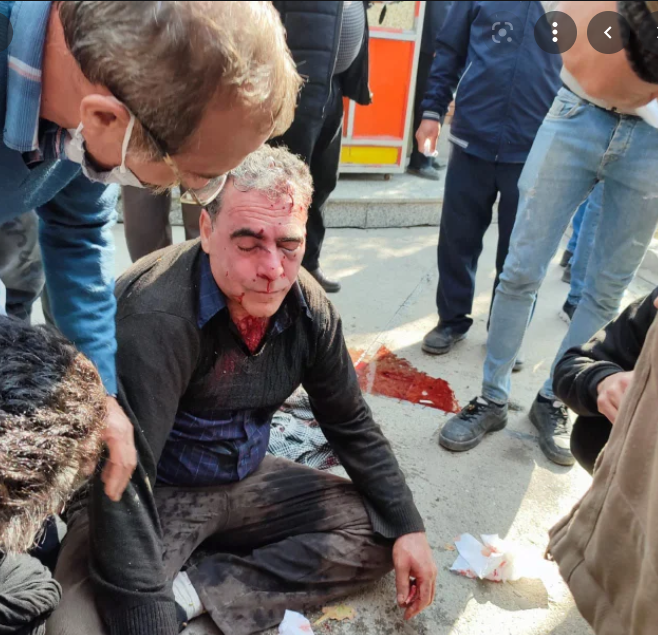 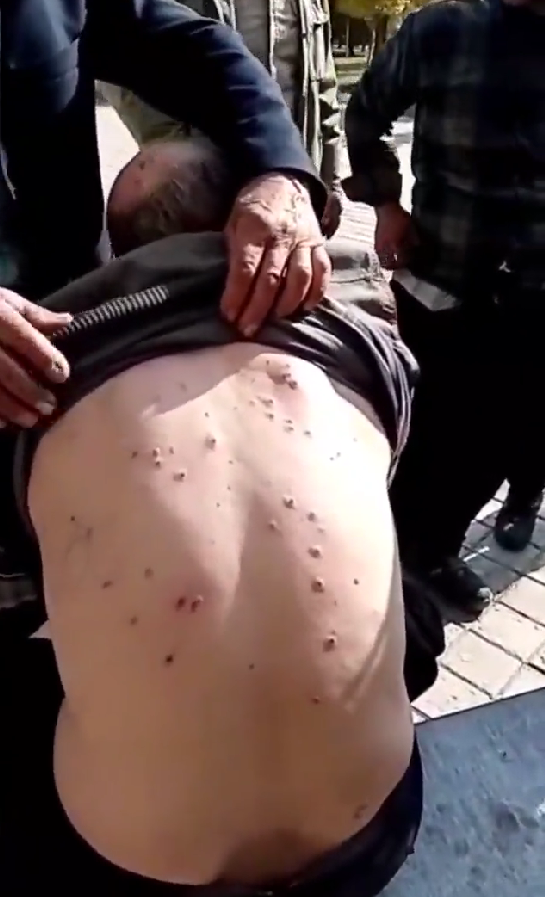 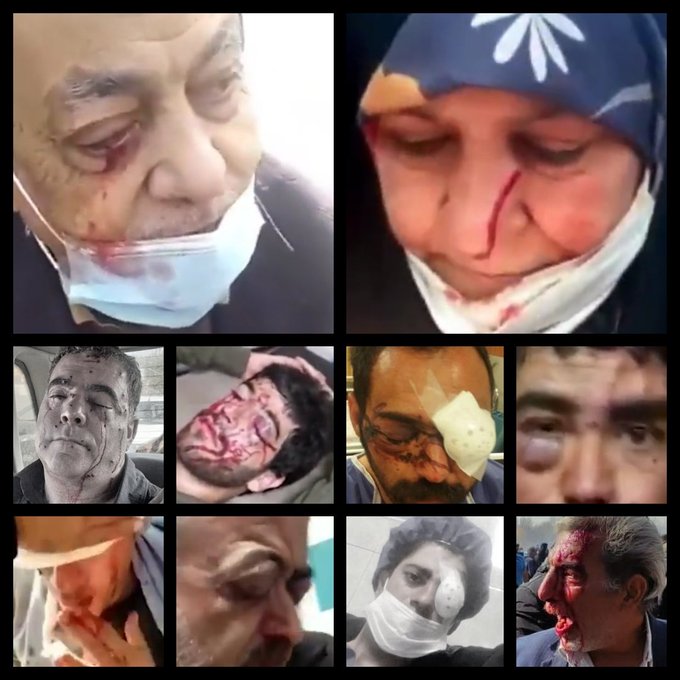 Civilians reported a disruption of mobile internet services in areas where protests were taking place, which was confirmed by the watchdog Netblocks.

In sympathy with the innocent farmers, mothers of the victims of Nov 2019 uprising covered one eye as a sign of solidarity with those protesters who lost their sight as a result of direct shooting by state security forces. 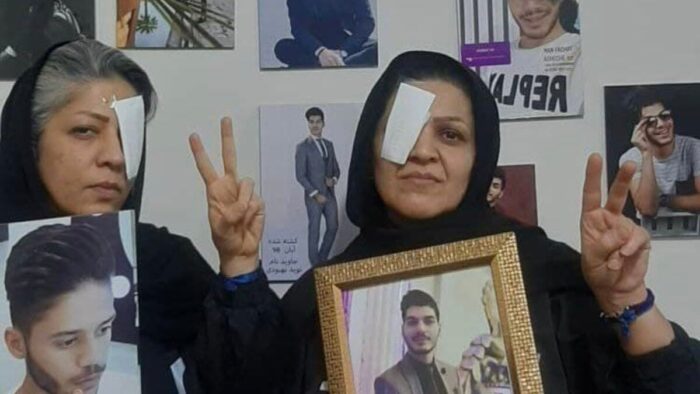 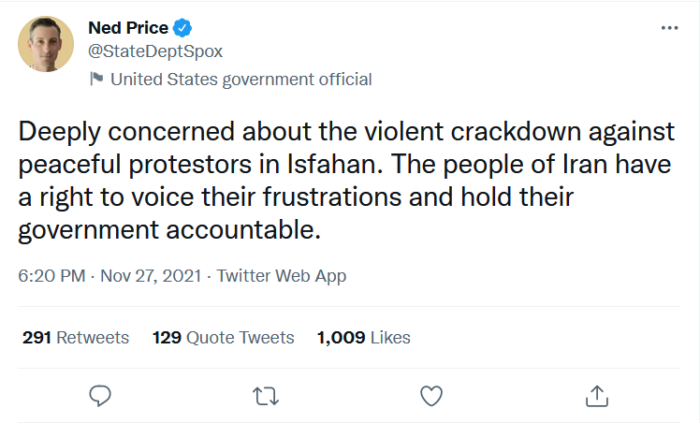 “The people of Iran have a right to voice their frustrations and hold their government accountable,” Price tweeted on November 27.

Isfahan protests were covered by media across the world and it left no chance for the Iranian regime to cover up the news.

According to information obtained through human rights activists, at least 300 people, including 13 minors, were arrested in the severe crackdown on the demonstrators.

Ali Kiani and Mohammad Mazaheri, 18 and 15, (pictured on the right) were among the protesters arrested in Isfahan. Their families have no information on them.

Often, protesters are put in solitary confinements and tortured until the regime is able to force them into making false confessions. Based on those false confessions obtained under torture, they will be given a death sentence on “Moharebeh” charges. Enmity against God. 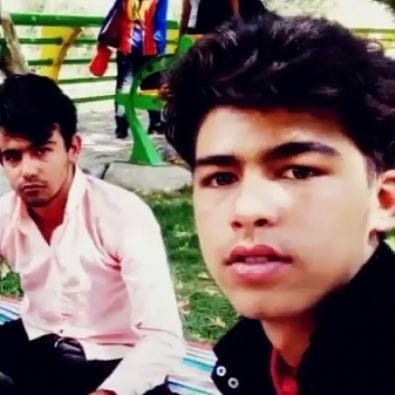 They protested for their basic rights. Let's be their voice and free the prisoners