Justice for victims of 1988 prison massacre in Iran

End impunity and hold the regime accountable for crimes against humanity

In the final days of July 1988, a massacre was orchestrated in the political prisons of Iran.

The Iranian regime summarily and extra-judicially executed over 30,000 political prisoners held in jails across Iran. 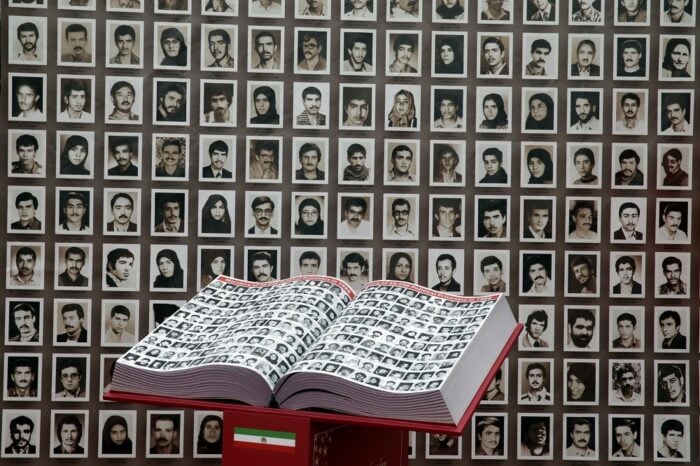 The bloodbath was launched based on a dateless decree (fatwa) with the stamp and signature of Khomeini, Supreme Leader and founder of the Islamic Republic. In 236 words, he signed the death sentences for all prisoners supporting the main opposition group, the People’s Mojahedin Organization of Iran (PMOI/MEK):
“Those who are in prisons throughout the country and remain steadfast in their support for the [PMOI/MEK] are waging war on God and are condemned to execution…”

Khomeini assigned the fates of those prisoners already sentenced to specific terms, who held fast to their beliefs, to three individuals who comprised what came to be known as the “death committee” in Tehran, and to similar committees in the provincial capitals. He demanded that “Those who are making the decisions must not show any mercy, and be full of “anger and hatred” and “not to hesitate”, in carrying out the executions.

In a conference coinciding with the 33rd anniversary of the 1988 massacre of political prisoners in Iran, more than 1,000 political prisoners and witnesses of torture in prisons and dungeons of the clerical regime demanded an end to the impunity enjoyed by the regime leaders and to prosecute Khamenei, Raisi, Judiciary Chief, Eje’i and other perpetrators of the massacre. Geoffrey Robertson QC, Human Rights Barrister and first President of the UN Special Court for Sierra Leone, was one of the event’s speakers. In his remarks, Mr. Robertson, who has investigated the 1988 massacre, said that the 1988 massacre amounts to genocide.

Campaigns to expose this heinous crime against humanity has continued and has brought an enormous amount of pressure on the Iranian regime to bare. From demonstrations to witness statements and testemonies to providing evidence on the mass executions, we are moving forward with a rapid pace. 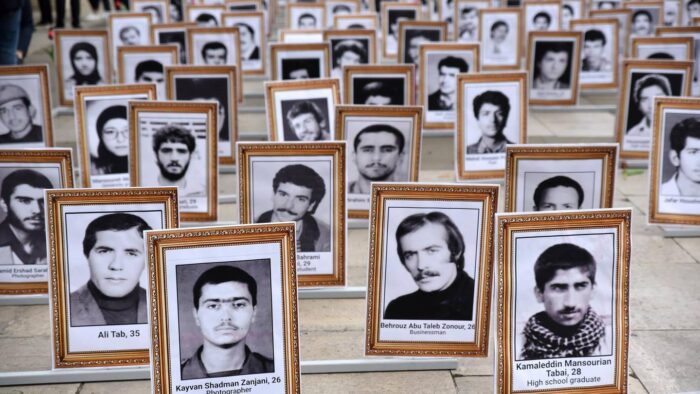 Calls to arrest the Iranian regime’s president for genocide and crimes against humanity has been echoed all over UK and beyond. A court in Sweden is prosecuting Hamid Nouri, one of the perpetrators of the 1988 massacre, which has once again brought the atrocities committed by Ebrahim Raisi in 1988 to the world’s attention.

Ebrahim Raisi was due to travel to Scotland for the COP26 climate change meeting. But the campaigns to prevent that produced results and in fear of being arrested and put on trial, he cancelled his trip.

A formal request to Chief Constable Iain Livingstone, officer in command of Police Scotland, to mount a criminal investigation under universal jurisdiction into accusations of alleged genocide and crimes against humanity by Ebrahim Raisi was sent by Struan Stevenson, former Scottish MEP and a staunch supporter of the people of Iran in their quest for justice and human rights.

Support us to end impunity
Donate to the cause to prevent more executions
"Injustice anywhere, is a threat to justice everywhere"