The wife of Amir Salar Davoudi confirmed that he was sentenced to 30 years in prison of which the highest penalty is 15 years imprisonment for the charge of “establishing a channel in the Telegram app”. Davoudi has been detained since November 2018 on the charges of “insulting officials”, “propaganda against the state”, “cooperating with enemy states through interviewing with foreign television channel”, and “forming a group to overthrow the state”. Tannaz Kolahchian, Davoudi’s wife, wrote on her personal page that he has been sentenced to 30 years in prison for several charges at the Branch 15 of the Revolutionary Court. He has decided not to appeal this sentence.

Davoudi—a 27-year-old lawyer and civil rights activist who has been retained as counsel by several detainees held on politically motivated charges in Iran was arrested by the intelligence and judiciary’s security agents in his office on 20 November, 2018. The security agents also searched Davoudi’s home and office and took away some of his personal belongings. He had been detained several times and had been warned not to inform the public about his clients’ conditions and circumstances. The second session of his trial was held on 4 May, 2018 at the Branch 15 of the Revolutionary Court.

In less than a year, Amir salar Davoudi has become the third known human rights and political prisoners defence attorney to be sent to prison in Iran for his peaceful activities. Prominent imprisoned defence attorneys Nasrin Sotoudeh and  Mohammad Najafi is currently serving a three-year prison sentence and facing a total of 19 years behind bars.

His wife Tannaz Kolahchian tweeted that Davoudi had been sentenced to 30 years in prison for the content of his social media posts, 15 years of which he must serve according to Article 134 of the country’s Islamic Penal Code (subject to appeal). Kolahchian also stated that her husband has “decided not to object to the verdict.” She did not elaborate as to why.

However, Prominent imprisoned defence attorney Nasrin Sotoudeh, whose imprisonment made international headlines, stated in March 2019 that she would not appeal her own lengthy prison sentence in protest against Iran’s justice system.

Davoudi’s sentence is another example of the judiciary and security establishment’s egregious assault on the legal profession and due process rights in Iran. 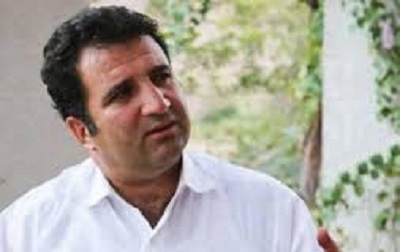