Mohammad Hossein Maleki, sentenced to death by the Revolutionary Court on the charge of “corruption on earth” through the sale of CCcam and unlocking satellite channels”, was transferred to solitary confinement, on Sunday, 29 July.

Mohammad Hossein Maleki, the manager of Asre-Javan website and its Telegram channel who is held at Dastgerd Prison in Isfahan, was transferred to solitary confinement.

One of his relatives said: “Mohammad Hossein Maleki is probably sent to solitary confinement in order to be put under pressure and make a forced confession.”

He added: “Over the last few days, Maleki’s family and lawyer were pressured because of passing on the information to human rights institutes.”

It should be mentioned that, Mohammad Hossein Maleki, known as Aryan, 47, from Isfahan, was arrested by the Ministry of Intelligence agents, on 1 March, 2017, and was sentenced to death on charges of; “corruption on earth through organized activities regarding the sale of CCcam and several satellite accounts” at the Branch 2 of the Revolutionary Court of Isfahan. 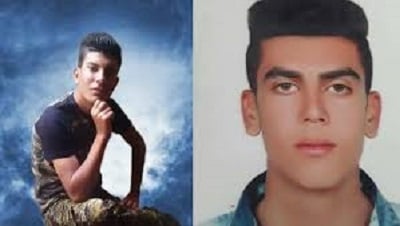