International Liberty Association: Death-row prisoner Shaker Behrouz is innocent. More than 10 witnesses are prepared to testify in his favour.
Kurdish political prisoner Shaker Behrouz is a death-row prisoner detained in the Central Prison of Urmia. The First Branch of the Penal Court in Urmia summoned him for a case in which he is accused of killing a member of the Revolutionary Guard Corps (IRGC).

Shaker Behrouz received an instruction on Saturday, 24 October, indicating that his hearing will be held on 17 November 2020.

Mr. Behrouz sentenced to death in September, by the “Revolutionary Court” of Urmia.

Human rights groups say Shaker Behrouz’s neighbours had a son who was an IRGC member but was murdered some time ago. Security forces have apparently pressured and threatened the family to file a complaint against Mr. Behrouz and accuse him of murdering their son.

The family, however, have declared that they do not have any complaints about Mr. Behrouz and do not believe that he had killed their son. They further said that they would not testify in any court against an innocent person.

Shaker Behrouz has more than ten witnesses who can testify that he was in his shop at the time of murder and not at the site of murder. All of these witnesses have written letters declaring their readiness to testify under oath on the innocence of Behrouz Shaker.

ILA: Shaker Behrouz was arrested in September 2018 by agents of the Ministry of Intelligence. He was released from prison after 14 days and completion of his interrogations. On 1 March 2019, security forces arrested him on the charge of membership in one of Kurdish parties. On 30 March they transferred him from the detention centre of the Intelligence Department of Urmia to the Central Prison of Urmia.

The Second Branch of the Revolutionary Court of Urmia sentenced him in a 3-minute trial to 5 years in prison for membership in a Kurdish party.

ILA: Shaker Behrouz was subsequently sentenced to death for membership in a Kurdish Party opposing the Iranian regime and murder of an IRGC member. The court informed Mr. Behrouz’s lawyer of the verdict on 10 September 2020. 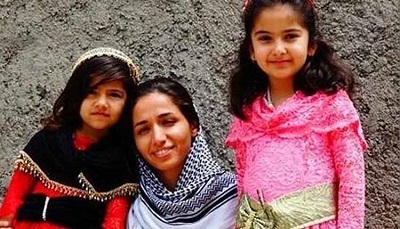