International Liberty Association: Danial Zeinol-Abedini, a juvenile in death row, was killed under torture in a western Iran prison before being executed. Following the riot in prison on Sunday, 29 March 2020, Danial Zeinol-Abedini and several other prisoners accused of instigating the riots were transferred to solitary confinement.

Danial Zeinol-Abedini was brutalized by Mahabad Prison guards and banished to the Prison of Miando-ab where he was badly beaten up, again.
His family were contacted and informed of his death. The body of this murdered prisoner bore scars of beating, on Thursday, 2 April 2020.

According to human rights organisations, a close associate of Danial Zeinol-Abedini said: “At 1 a.m. on Tuesday, 1 April, Danial called home and said he was in Miando-ab Prison and had been beaten short of killing him.

He asked his family to go and save him. But due to the Coronavirus outbreak, the roads are closed and his family could not go to Miando-ab. At 9 a.m. on Thursday, 2 April, they called us from Miando-ab Prison and told us to go collect his body. When we received his body and took off his clothes, we saw that his body was bruised all over and he had stitches in his abdomen.

The Coroner’s Office announced the reason for his death as ‘suicide.’ Danial’s father suffered a heart stroke after seeing him. He is at the moment in a hospital.”

Danial Zeinol-Abedini was detained in 2017 at the age of 17 and was sentenced too death in the summer of 2018.

ILA: It should be mentioned that, according to local reports, at least 18 prisoners were killed in two prisons in the south-western city of Ahvaz when prisoners rioted for not being allowed for leave. 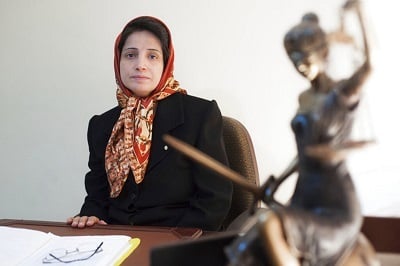