International Liberty Association: Mostafa Badkoobei, Writer, critical Poet and former political prisoner, was arrested after he attended the law enforcement office at Evin court and was transferred to Great Tehran prison, to serve his imprisonment sentence, on Tuesday 2 June 2020. Mr Badkoobei is sentenced to 1-year imprisonment by the Tehran province court.

According to International Liberty Association, Mostafa Badkoobei, Writer and critical Poet, who had been arrested couple of times, on 08 Jul 2012, was Sentenced to 3 years prison, 5 years ban on public attendance and 3 million rials fine by judge Salavati in the branch 15 of Tehran’s revolutionary court.

But in the Court of Appeals sentenced to 18 months prison, 5 years ban on public attendance and 3 million rials fine and began serving his verdict from yesterday in Evin prison.

Mr Badkoubaei was arrested again in 2018 and was sentenced by a Tehran Revolutionary Court to one year in prison on charges of “insulting sacred things.” The ruling was also upheld in the appeals process.

Badkoobei is an expert on Iranian literature. He has written 29 books to date on Iran’s history and literature. Many of them have sold out and been re-printed several times.

“Mostafa Badkoobei” is one of the prominent humanist and social poets and public speakers, who support the freedom of speech and believes in Iran.
His patriotic poems stir great passions in the audience. His poetry recitals have been uploaded on YouTube and have received several hundred thousand hits. 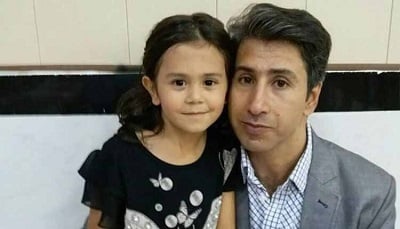