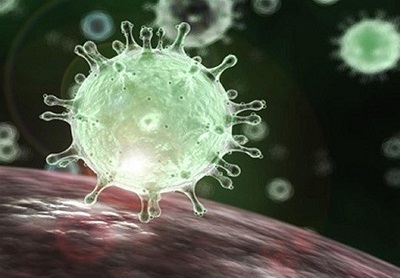 International Liberty Association: The victims of the Corona disaster reached 124,000 across 458 cities in Iran until 15/October/2020

Journalists are ordered to only announce the same official numbers that the Ministry of Health announces on a daily basis. In addition to blocking news outlets’ reporting about the outbreak, the government has cracked down on journalists seeking to disseminate information about the pandemic online and through social media.

Iran is facing one of the largest coronavirus outbreaks in the world. Today, as families celebrate Persian New Year, Nowruz, there is concern the true scale of the virus is being downplayed by the government and could rapidly get much worse. Iran is the third worst-hit country behind China and Italy.

Government of Iran expelled Doctors Without Borders despite worsening epidemic A delegation of Doctors Without Borders expelled Iran and prevented the organization from building a hospital in Isfahan. Crackdown and disclosure of the extent and tragedy of Corona’s spread in Iran due to secrecy in Iran is the only reason for this action by Iran government.

Prisoners of Conscience and Political prisoners lives are at risk due to Coronavirus outbreak and they have been excluded from the Judiciary directive to grant leave to prisoners due to coronavirus outbreak and as they have less access to medical resources, they are at greater risk compared to others. The families of political prisoners are quite concerned about the lives of their loved ones, but their repeated demand for grant temporary leave have been rejected by authorities.

The first official case in Iran, involving a public official, was brought to light on Feb. 19.

The reason that the Iran attempt to conceal the outbreak from the outset is simple: if there were a rapid response to properly quarantine patients in Iran, there would be a lower turnout for the elections that are presently occurring, and this would mar the appearance of electoral legitimacy that Iran is trying to maintain.

A day after the Iran government announced a hike in fuel prices by as much as 300%, demonstrators came to the streets on Friday, 15 November. Iran used military forces against the peaceful protesters and according to the Reuters, the officials have confirmed that in less than a week, 1500 were killed, also 4000 wounded and 12000 arrested. It should be mentioned that for sometimes around 7 days or more the government shutdown the internet to halt the flow of information out of the country.

so that, we are running an urgent appeal to be the voice of the protesters, the family of the victims, prisoners of recent peaceful protests, and those wounded protesters who have to stay at their home and have no access to hospitals as otherwise they will be arrested at hospitals.

We are trying to get information from inside the country and publicizes them. prevent more massacre, rescue the prisoners who are under torture and “Inhuman behaviors”, by highlighting the news and their conditions and urge the international Human Rights organisations to put pressure on Iran government to respect their rights.

Please, help us to be the voice of defenseless people, by your Donation.