International Liberty Association : UN human rights experts have expressed great concerns about the situation in Iran as protests spread across the country, 181 cities, over the past week.
“We are deeply concerned at reports of killings and injuries, and that the authorities may have used excessive force against those participating in the protests,” the experts said. “We remind the authorities that under the International Covenant on Civil and Political Rights, lethal force is to be used only when strictly unavoidable in order to protect life.”

The experts noted credible reports that as many as 106 people were killed between 15 and 19 November, and that as many as 1,000 people have been arrested for joining the protests. Recent reports suggest these figures could be significantly higher.

ILA reports that, the UN human rights expert added: ‘ “We remind the Government of its obligations under the Covenant, and call upon the authorities to ensure that the rights to freedom of opinion and expression, as well as freedom of peaceful assembly and association, are respected and protected,” they said. The experts further called upon those participating in the protests to ensure that they do so peacefully.

The protests began after the Government announced a 50 percent increase in fuel prices, as well as a monthly rationing of petrol, effective immediately. The protests come in the midst of a difficult economic situation in the country resulting from economic mismanagement and corruption as well as the re-imposition of sanctions in 2018, all of which have had a significant negative impact on the economic and social rights of everyday Iranians.

ILA reports; according to Human Rights News Agencies; Protests in 2017 and 2018 over deteriorating economic conditions similarly led to large-scale arrests of participants and communications blackouts as well.

The experts also raised concerns about the nation-wide internet shutdown, saying that international human rights mechanisms, including the Human Rights Council, have condemned such disproportionate actions. Although reports indicated a marginal increase in connectivity on 21 November, this was very limited.

“A country-wide network shutdown of this kind clearly has a political purpose: to suppress the right of Iranians to access information and to communicate at a time of rising protest,” the experts said. “Such an illegitimate step deprives Iranians not only of a fundamental freedom but also basic access to essential services.

Warnings from Iranian authorities that decisive action may be taken if protests do not cease raise serious concerns that the situation could deteriorate further, the experts said. They encouraged the Government to seek to engage in dialogue with those participating in the protests, and to refrain from taking measures which repress or infringe upon their human rights.

The UN experts have previously raised their concerns with the government and will continue to seek to engage in dialogue on these issues and monitor the situation.

International Liberty Association invites you to read the full report on the link below: 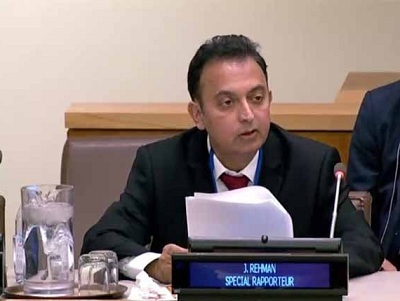 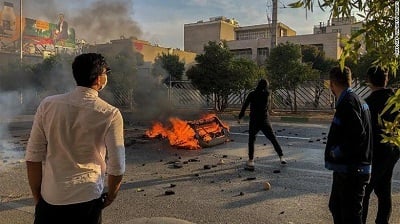 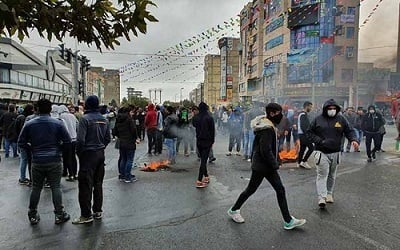