International Liberty Association: Afshin Baymani, a political prisoner, has been denied medical treatment despite experiencing heart complications.
Mr Baymani has been refused to be transfered to a hospital outside the prison, although the prison doctors advised so. He was denied of medical treatment by Mr Vaziri, the Prosecutor’s special assistant.

Afshin Baymani, who is serving a life sentence in Raja’i Shahr Prison of Karaj, was transferred to the prison’s infirmary due to severe pain in the heart and hypotension, on Saturday, 20 March.

Prison doctors recommended to transfer him to Tehran Heart Center, where he underwent surgery. But by direct order of Amin Vaziri, he was prevented from being sent to the hospital. Prison doctors treated his serious condition only with sublingual tablets and took an ECG.

Afshin Baymani had previously been transferred to prison’s infirmary with severe heart pain on 11 March, but Amin Vaziri refused to authorize him hospital transfer.

Mr. Baymani suffers from kidney stones and diabetes. He has also suffered from coronary heart disease since July 2017 due to years of being in poor prison conditions.

ILA: Afshin Bayemani was sentenced to life time imprisonment in 2000 on the charge of “waging war on God” for cooperating with the opposition group. The ruling was upheld at the time by the Appeals Court but was commuted to life in prison in 2006. 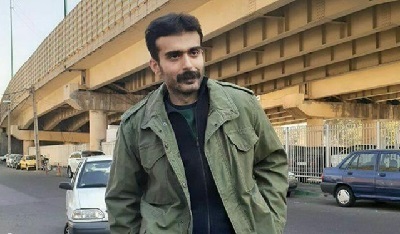