We must speak up against sharp rise of executions in Iran

We must speak up against sharp rise of executions in Iran 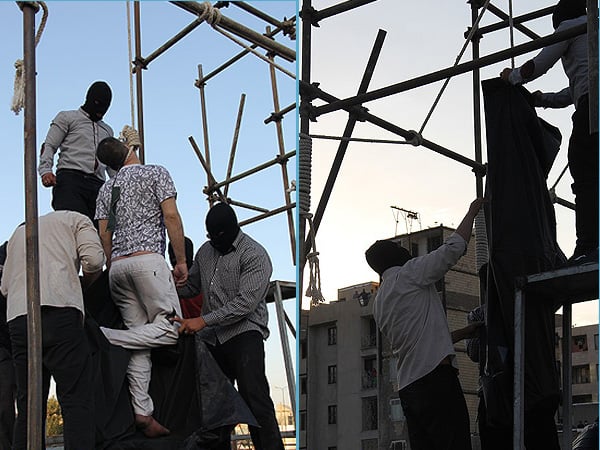 Co-chair of the British Parliamentary Committee for Iran Freedom Lord Carlile of Berriew calls on the international community to condemn the human rights situation in Iran with nearly 700 executions since January 2015.

The alarming recent rise in executions in Iran, especially during the weeks following the nuclear deal between Iran and world’s six major powers, is a matter of great concern.

“The Iranian authorities are believed to have executed an astonishing 694 people between 1 January and 15 July 2015”, Amnesty International said in a statement published on its website on July 23.

According to reliable reports from Iran, the regime’s authorities have carried out more than 60 executions, some of them through public hangings, in addition to barbaric punishments such as amputation of limbs and eye gouging, in various Iranian cities since the nuclear deal was announced on 14 July 2015.

Said Boumedouha, Deputy Director of the Amnesty International’s Middle East and North Africa Programme, warned: “If Iran’s authorities maintain this horrifying execution rate we are likely to see more than 1,000 state-sanctioned deaths by the year’s end.”

Today, many more are reported to be on death row, including juveniles, facing immediate execution, sometimes for ambiguous and invented charges like “Corruption on Earth” and “Waging war against God”.

One such case is the execution of juvenile offender Salar Shadizadi, planned for August 10, who according to Amnesty International was jailed and sentenced to death for a crime committed when he was just 15 years old. The death sentence against Salar Shadizadi is a serious violation of the international human rights law that strictly prohibits the use of death penalty for crimes committed by persons under the age of 18.

Another case causing shock and protests was highlighted by the UN High Commissioner for Human Rights Zeid Ra’ad Al Hussein on August 5, as he expressed alarm at the imposition of the death penalty on Mohammad Ali Taheri, an Iranian writer and founder of a spiritual movement. The U.S. State Department has also expressed deep concern about the death sentence handed down to Mohammad Ali Taheri.

The International Community must strongly condemn the Iranian authorities’ use of capital punishment as a political tool, designed to create an atmosphere of fear. UK can play a vital role in this regard and HM Government should join the international community in condemning and demanding a halt to the planned executions of Salar Shadizadi and Mohammad Ali Taheri.

Furthermore, the government should make any future economic relations between UK and Iran conditional on substantive and tangible improvements in the human rights situation in that country.

Lord Carlile of Berriew CBE QC, is a Liberal Democrat member of the House of Lords and co-chair of the British Parliamentary Committee for Iran Freedom (BPCIF). He was the Independent Reviewer of Terrorism Legislation in the United Kingdom (2001-11).