A Tehran appeals court upheld a 7-year prison sentence and 74 lashes against student activist Pedram Pazireh for joining 2017 December’s widespread protests.
He had been sentenced to prison and lashes by notorious Judge Mohammad Moghiseh at Branch 28 of the Revolutionary Court in Tehran.
A graduate student of Cultural and Media Studies at Tehran University, Pazireh was arrested on 31 December, 2017 after attending a meeting with the school’s chancellor.

On 1 January, The University Students’ Central Council reported that security forces had arrested four members of the council’s branch at Tehran University after the meeting.

The vice president of University Students’ Central Council, Tehran University Branch, Pedram Pazireh had been sentenced to a 7-year prison sentence, 74 lashes and a 2-year ban on leaving the country and membership in political groups in a primary court.

According to Article 134 of the Islamic Penal Code which stipulates that only the lengthiest sentence must be served in cases involving multiple convictions, Pazireh has to serve five years in prison.

The court of appeal’s judge upheld the primary court’s verdict, for propaganda against the regime and insulting the state’s highest authorities.
Hundreds of Iranian university students, mostly activists, were arrested between 30 December, 2017, and 4 January, 2018.

On 30 and 31 December, protesting students at Tehran University and the Amirkabir University of Technology were heard shouting slogans such as “Students will die, but won’t take humiliation,” “Students, workers, unite” and “Jobs, bread, freedom.”

On 1 January, The University Students’ Central Council reported that security forces had arrested four members of the council’s branch at Tehran University after they had a meeting with the school’s chancellor.

“After a joint meeting between members of the UTUCI and the chancellor to seek the freedom of students detained during the recent protests, four members of the council were arrested by the security forces as soon as they left the room,” said the UTUCI in a statement. 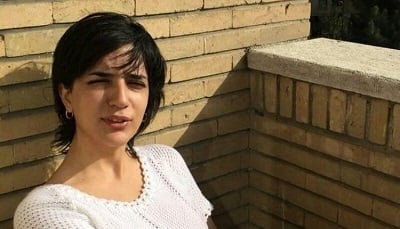