International Liberty Association: Civil activists Mojgan Kavousi and Shora Fekri were summoned and transferred to prison to serve their sentences. Also, a year-long prison sentence was upheld for Kurdish civil activist Farzaneh Jalali. The moves to imprison civil activists come at a time when the number of coronavirus victims is on a steep rise in Iran.

Security forces in the city of Nowshahr arrested Mojgan Kavousi, Kurdish author and researcher, on 19 May 2020, and transferred her to the Prison of Nowshahr to serve her three-year sentence.

Ms Kavousi was first arrested on 18 November 2019 and taken to the detention centre of the IRGC Intelligence in Sari, capital of Mazandaran Province in northern Iran. Later, on December 10, she was transferred to the Prison of Nowshahr.

Mojgan Kavousi has been jailed at a time when all Iranian prisons are hotspots during the COVID-19 outbreak. Mazandaran Province has had 2640 affected cases by Tuesday, 19 May 2020.

In a similar development, Shora Fekri, former student activist of the University of Mazandaran, was summoned to serve her five-month jail sentence. Ms Fekri had been initially arrested on 12 January 2020, during a protest in the city of Amol against the IRGC’s downing of a Ukrainian passenger aircraft.

The Appeals Court of Kermanshah Province also upheld a one-year sentence for the Kurdish civil activist Farzaneh Jalali. She had been sentenced to one year in prison by the Revolutionary Court of Kermanshah in November 2019 on the charge of “propaganda against the state.”

ILA: Farzaneh Jalali was initially arrested by agents of the Intelligence Department of Kermanshah on 23 February 2017. She was detained for 17 days in the detention centre of the Intelligence Department, and subsequently transferred to the women’s ward of the Prison of Kermanshah. She had been released on a bail of 300 million tomans on 12 March 2017. 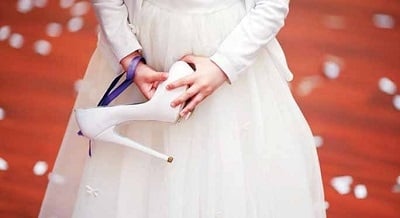 Iran: Child Marriages in One Province increase rapidly 1,600 in Just One Year