Ms. Farangis Mazloum, Soheil Arabi’s mother, had previously revealed that the reason for the transfer of her son to Rajai Shahr was his publishing of an audio file about the horrible conditions in the Great Tehran Prison.

The transfer took place on the order of Amin Vaziri, the assistant prosecutor overseeing prisoners of conscience and political prisoners in Iran jails. However, Amin Vaziri has denied the responsibility.

He told Soheil Arabi’s family that the order for solitary confinement had been issued by Seyed Heshmatollah Hayat Algheib, the general director of prisons in Tehran Province.

Soheil Arabi has been deprived of his basic rights since being transferred to Rajaishahr, including his clothing and his right to have contacts and visits with his family.

In September 2020, Soheil Arabi sent an audio file out of the Great Tehran Prison, divulging facts about the inhuman conditions in this prison. He said: “This is the worst torture chamber in the Middle East.”

On September 20, his mother, Farangis Mazloum referred to the Prosecutor’s Office of Evin Prison looking for her son. They told her that he had been transferred to Rajai Shahr Prison in Karaj.

Soheil Arabi called his mother on September 18, 2020, and told her that he had been questioned by the GTP warden about the audio file he had sent out of prison. The GTP warden had warned him: “I will send you to a prison which is worse than here, and I have the permission for it.” 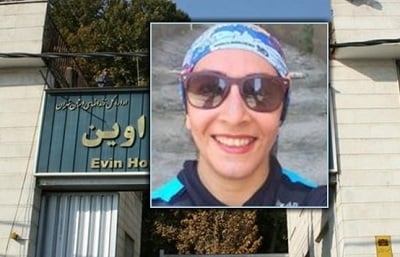