Iran: More than 10 Arrested For Calling on Supreme Leader to Resign

Iran: More than 10 Arrested For Calling on Supreme Leader to Resign

The Iranian regime on 11 August, 2019, arrested Hashem Khastar, a teacher’s representative and a number of others who signed a letter asking for Supreme Leader Ali Khamenei to resign.
They had gathered in front of a court in the north-eastern city of Mashhad to support another individual who has called on Khamenei to step down and pave the way for a new political order to replace the regime.
It is still not clear which security organ made the arrests and where they are being kept.

The state-run Fars news agency reported that some of the detainees had gone to Mashhad from other cities in order to take part in protest demonstrations.

The agency has accused the activists of “disrupting security,” and “being in contact with groups supporting regime change” in Iran, but did not elaborate further.

Cited by Fars news agency, Hossein Sherafati Rad, the Khorasan Razavi General Director of Security, described the detainees as “overseas-related counter-revolutionary elements who had come to Mashhad from various parts of the country to foment protests, incite public opinion against the Islamic Republic, and create insecurity.” “The detainees are from related counter-revolutionary groups overseas, they were associated with subversive groups, and they intended to design, organize and create intermittent disturbances in the city.”

Meanwhile, the Iranian state TV also said that “members of a network” linked to regime change supporters were arrested in Mashhad.

In a statement released on 12 August, the National Council of Resistance of Iran called on international human rights bodies to “strongly condemn the mullahs’ regime” and “to take immediate action to release the detainees.” 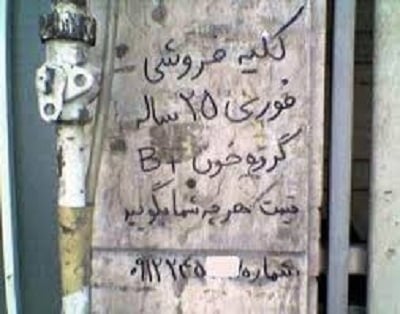