International Liberty Association: on 10 June, the father of a Kurdish political prisoner Hedayat Abdollahpour, was told that his son was executed 20 days ago. Neither his family nor his lawyer were informed about the execution and were not given the customary “last visit” with their loved one. According to the reports, Abdollahpour’s body was not given to his family and was buried in an unknown location.

When his father went to the Implementation Unit of the Urmia Judiciary today, he was told that the death sentence was carried out 20 days ago.
Hedayat Abdollahpour, who had been on death row in the central prison in Urmia, West Azerbaijan province, since 2017, was transferred to an unknown location on 9 May 2020.

His distressed family sought information about his fate and whereabouts from various official entities, including the central prison in Urmia, the Centre for the Implementation of Sentences in Urmia, prosecution offices in Urmia and Oshnavieh, also in West Azerbaijan province, and the offices of the ministry of intelligence and the intelligence unit of the Revolutionary Guards in Urmia. However, these official bodies have all refused to provide them with any information.

On 12 May, when his wife followed up on his whereabouts from the warden of Urmia Prison, the deputy Prosecutor in Urmia told her: “When the ministry of intelligence and the Revolutionary Guards do not tell you where your relative is, you better refer to the cemetery.”

Hedayat Abdollahpour was detained along with dozens of other people on 15 June 2016, after a clash in his village in Qarah Soqol in Oshnavieh.
The clash was between the Democratic Party of Iranian Kurdistan and the IRGC, with casualties on both sides. Those arrested were suspected of supporting the Kurdish group.

After his arrest, he was detained in the Urmia IRGC detention centre for three months where he was subjected to severe torture.
Abdollahpour was sentenced to execution following an unfair trial for “enmity with God” in February 2017 by the 2nd Branch of the Urmia Revolutionary Court.

Hedayat was married and had two children, Sirvan and Kurdistan.
It is not unprecedented for the Iranian regime to hang and bury political prisoners in secret.

ILA: Iranian law requires the authorities to inform lawyers of the scheduled execution of their clients 48 hours in advance and grant families the right to visit their loved ones for the last time. In practice, however, the authorities have a long-standing record of secretly executing members of ethnic minority groups after transferring them to unknown locations and refusing to reveal their fate and whereabouts for months or even years. 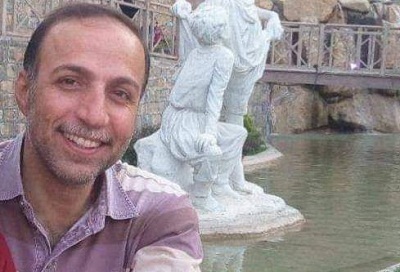