For this purpose,  Rezvaneh Ahmad Khan Beigi has been sentenced to four years and five months imprisonment.

She has been suffering from seizures and epilepsy before being detained and her health conditions have deteriorated in prison.

The first trial of Mrs. Ahmad Khan Beigi was held on Sunday, February 17, 2019, in the 26th Branch of Tehran’s Court. The inspector of the Branch 2 of Evin Prosecutor’s Court, Mohammad Nassir-pour, has illegally refused to accept bail for this civil activist and has extended her detention without allowing her lawyer to get involved in the case.

Iran has put up pressure on civil activists, to create an atmosphere of fear and terrorize the society.

Behnam Ebrahimzadeh, a civil activist who has been sentenced to six years in prison, was not given enough time to prepare a defence and he was denied access to a lawyer, according to the Centre for Human Rights in Iran.

He was arrested by agents of the Islamic Revolutionary Guard Corps’ Intelligence Organization in Tehran on December 12, 2018, the 41-year-old was held for 35 days mostly in solitary confinement in Evin Prison’s Ward 2-A before being transported to court without prior notice or the presence of his lawyer.

During a 10-minute trial in February 2019 at Branch 26 of the Revolutionary Court in Tehran presided by Judge Iman Afshari, Ebrahimzadeh was sentenced to one year in prison for the charge of “propaganda against the state” and five years in prison for “membership in illegal organizations.”

Ebrahimadeh previously spent seven years in prison until his release in June 2017 for charges related to his trade union activities, advocacy of children’s rights, and for calling for the release of political prisoners.

Gender equality advocate Rezvaneh Mohammadi was tried in absentia in Tehran under the unusual charge of “Gathering and collusion against national security by seeking to normalize homosexual relations.”

Mohammadi did not attend her trial session held on February 17, 2019, at the Branch 28 of the Revolutionary Court in Tehran, and presiding Judge, Mohammad Moghiseh refused to allow her lawyer to attend.

Meanwhile, the lawyer of imprisoned labour activist Jafar Azimzadeh has appealed a flogging sentence against his client.

According to attorney Mohammad Ali Jafari Foroughi: “Following a decision by the Branch 1190 of the Criminal Court in Tehran to flog Jafar Azimzadeh for 30 times allegedly for being absent after spending time in furlough, I have lodged an appeal that will hopefully result in his acquittal,”

The secretary general of the Free Workers Union of Iran (FWUI), Azimzadeh was arrested on January 29, 2019, to serve the remaining five years of his six-year prison sentence issued for his peaceful defence of worker’s rights.

He was released from Evin Prison for medical reasons on July 2016 after a 64-day hunger strike. The authorities claim he was granted furlough (temporary leave) and never returned to complete his prison term.

In yet another case, Sahar Kazemi, an environmental and civil activist and sports coach from Sanandaj, has been sentenced to five years in prison by a Sanandaj Court because of her activities.

Around the same time, Massoumeh Askari, a retired teacher, was sentenced to 5 years in prison on February 18, 2019.
Ms. Askari had been rearrested in December 2018 and held for one month in solitary confinement at Ward 209 of Evin Prison.

Human rights lawyer Nasrin Sotoudeh was sentenced to 38 years in prison and 148 lashes after two grossly unfair trials. The 55-year-old human rights lawyer has been detained for her peaceful human rights work, including her defense of women activists and women protesting against the compulsory veil.

The scale of arrests, imprisonments and sentences issued for activists in just 45 days and their cruel treatment reveal the extreme lengths the Iranian regime has gone to crack down on peaceful dissent. 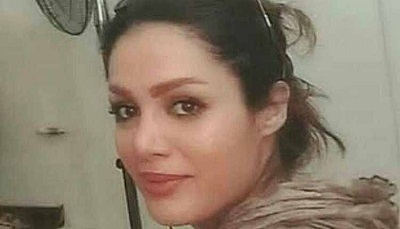 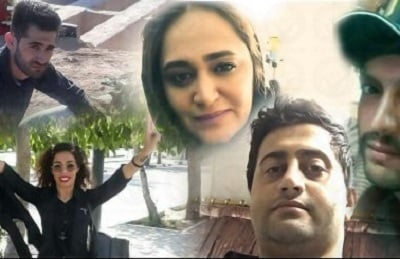