International Liberty Association: The parents of Navid Afkari had pleaded with the Judiciary to revise his death sentence and allow their sons to be examined by the Coroner’s Office. In their letter to the Judiciary Chief Ebrahim Raisi, Hossein Afkari and Bahieh Namjou, the parents of the Afkari brothers, noted that their sons had been brutalized in solitary confinement.

Mrs. Bahieh Namjou, Navid’s mother, had appealed to the world in a video recording posted on the internet on 30 August. She said: “In an unfair and mock trial, where my sons could not defend themselves, they were charged without any evidence, without having committed any crime. There were no documents against them. The court convened for only one session and issued its verdict. Now, their sentences have come.”

In her video recording posted, Mrs. Afkari (Bahieh Namjou) said:
My name is Bahieh Namjou. I am the mother of Navid, Vahid and Habib Afkari.

Plainclothes agents broke into our house at 5 a.m. in September 2018, without showing a warrant, and took away two of my sons, Vahid and Navid.

My son, Habib, had been married for only three months. They tortured Habib psychologically and physically so much that three times, he committed suicide in prison…

Now, I am appealing to the people around the world, to all the people of Iran and to anyone who hears my voice. I appeal for a fair and genuine trial which could prove the innocence of my children.

And I earnestly appeal to anyone who can hear my voice to help overturn the unfair and unjust sentences issued for my sons.

ILA: Unfortunately, Wrestling Champion Navid Afkari was executed despite his mother please and worldwide outcries. We send our condolences to his mother and family and along with the global campaign, condemn this injustice sentence against Navid Afkari, a National Champion. We will put all our effort to stop the death sentence and promote Human Rights in Middle-East and Iran. 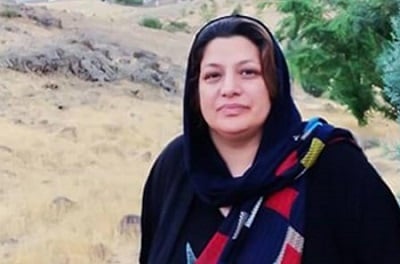