Tehran’s Revolutionary Court sentenced seven labour activists to a total of 117 years in prison and 74 lashes over Haft Tappeh Sugarcane workers’ protests last November in the south-western city of Shush.
They were charged with “Gathering and collusion to act against national security”, “Membership in the Gam” (a publication they wrote for), “Spreading propaganda against the state”, and “publishing lies”.

According to the sentence, Ismail Bakhshi was sentenced to 14 years of prison and 74 lashes, while Mohammad Khanifar was sentenced to six years of prison. Bakhshi was charged with “assembly and collusion to act against national security”, “insulting the leader”, “publishing lies”, “spreading propaganda against the state” and “disrupting public order” for which he was sentenced to lashes. Khanifar was charged with “assembly and collusion and spreading propaganda against the state”.

At least 40 Hafteh Tappeh sugar mill company workers have been detained in recent months in connection with protests for unpaid wages at the mill.
Bakhshi and Qoliyan have been imprisoned since January 2019 after both reported that Bakhshi had been tortured  in the custody of the Intelligence Ministry.

He also detailed the use psychological torture against himself and a female civil rights activist and photographer detained along with the workers for taking pictures of their strike, and called the mental torture worse than the physical torture.

Sepideh Qolian was arrested in January 2019, for a second time. In July 2019, she and a number of other inmates were badly beaten and brutalized in Qarchak Prison by dangerous inmates enticed by prison authorities.

Before this, on 13 August, seven workers of the Haft Tappeh Sugarcane Factory in the south-western city of Shush were sentenced to eight months of suspended prison and 30 lashes each. 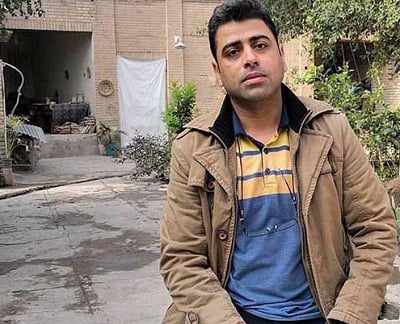