International Liberty Association: according to the Canadian press, a former Canadian justice minister says Canada’s quest for compensation from Iran for shooting down a Ukrainian airliner is fraught with obstacles because Tehran’s lead investigator is a mass executioner who belongs in prison.

Iran has appointed its chief justice, Ebrahim Raisi, to oversee the investigation of the Jan. 8 shootdown of Ukraine International Airlines Flight 752 shortly after takeoff from Tehran airport, killing all 176 on board, including 55 Canadian citizens and 30 permanent residents.

Cotler says Raisi has escaped justice himself because he was complicit in the mass execution of thousands of Iranian political prisoners in 1988.

Raisi was named as a conspirator in the killings two decades later by another Iranian politician but he is not known to have spoken publicly about the allegations.

The government has appointed another ex-Liberal cabinet minister, Ralph Goodale, to be its special envoy on the Ukraine crash as it grapples with the COVID-19 crisis.

This report by The Canadian Press was first published 4 May, 2020. 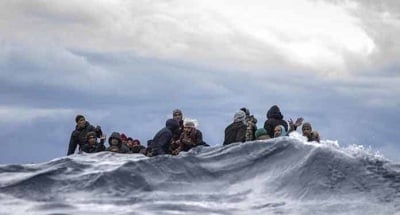