International Liberty Association: Well known Pastor Yousef Nadarkhani, who had been sentenced to death for “apostasy”, but due to international attention and solidariry campaign to defend him, he was acquitted of apostasy in 2012, is concerned about the future sons Daniel, 17, and Yoel ,15, who are unable to receive high school diplomas as the state refuses to recognise them as Christians and insists that they complete Islamic education.

Youcef is serving a ten-year sentence in Evin Prison for “acting against national security through propagating house churches and promoting Zionist Christianity”. He and his wife, Tina, are converts from Islam, and this educational problem affects all convert families in Iran. It also seriously impacts educational rights of Baha’is.

Although Christianity, Judaism and Zoroastrianism are officially recognised minority faith, but, only Christians from ethnic Armenian and Assyrian families are permitted to practise – not converts from Islam, who are considered as apostate. “ILA”

In 2009, Youcef protested a change in Iranian educational policy that required all students, including his children, to take Islamic studies in school. Daniel was being prevented from progressing at school because he refused to sit an Islamic religious education test. The authorities had insisted that he take the test – against his own wishes and those of his parents – and attend Quran classes.

International Liberty Association has been running a campaign to support Minorities and the people who are under suppression by Iranian government for their believes and faiths. By growing up the children of these families they are encountering with new subjects of being under pressure. The problem that Youcef and Tina are facing now is also other Christian parents concerns as well. They want their children can complete their education which is a basic human right. “ILA” 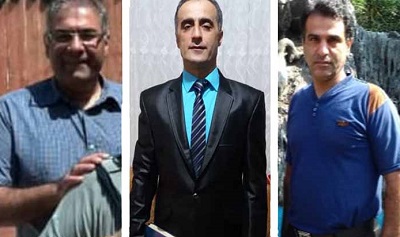