International Liberty Association: Two Iranian Baha’is, Vahid Dana and Saeed Abedi, were detained in their homes in Shiraz south-western Iran.
Intelligence agents searched their homes and confiscated some of their personal belongings including their cell phones, computers, holy books and Baha’i photos.

The two Baha’i men are being kept in the Shiraz Intelligence Office Detention Center. Vahid and Saeed were previously detained in August 2018, tried in absentia, and sentenced to one year of prison and one year of exile. It was later changed to 6 months of prison.

The Iran has increased its suppression against Bahais. The arrest of the two Iranian Baha’is brings the total number of detained Baha’is to 25 in April.

Three weeks ago, on 6 April, seven other Iranian Bahais were detained in Shiraz. They were identified as Saeed Etehad, Ghasem Masoumi, Siamak Henrour, Soroush Abadi, Sedigheh Aghdasi, Alieh Forutan, and Behrouz Farzandi Ardakani. They are still being kept in solitary confinement in Shiraz’s detention centers.

ILA had previously reported the arrest of 13 Baha’is. Unofficial sources say that there are more than 300,000 people following the Bahai Faith in Iran. However, the Constitution of the Islamic Republic of Iran only recognizes Islam, Christianity, Judaism, and Zoroastrianism and does not recognize Bahaism.

Since the 1979 Islamic Revolution in Iran, Iranian Bahais have been systematically persecuted as a matter of government policy. In mid-April, Iranian authorities started banning members of the persecuted Baha’i minority from burying their loved ones in empty plots at a cemetery near Tehran that they have used for decades, instead insisting they bury them between existing graves within the cemetery or at the nearby Khavaran mass grave site for victims of the 1988 prison massacres, according to Amnesty International. 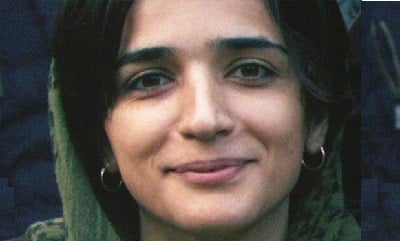