International Liberty Association: According to the reports received on 31 December 2020, a juvenile offender named Mohammad Hassan Rezaei was executed at dawn on Thursday, 31 December 2020, in Lakan prison, Rasht, in northern Iran.
Mr. Rezaei had been transferred to solitary confinement the day before to be prepared for execution in Lakan prison.

Mohammad Hassan Rezaii, 28, committed murder 12 years ago at the age of 16.

Eventually, on Wednesday, 30 December, Mohammad Hassan Rezaii was moved to solitary confinement and his family called for their last visitation.
It should be mentioned that, this execution has not been announced by the state media as this news is being published.

ILA: Iran is one of the last remaining countries in the world which continued to carry out executions, even for crimes committed by minors, in violation of its obligations under the International Covenant On Civil and Political Rights and Convention on the Rights of the Child.

The Iranian Judiciary is headed by Ebrahim Raisi, a member of the Death Committees in the 1988 massacre of 30,000 political prisoners in Iran.
According to the reports, at least 90 juvenile offenders in Iran are on the death row. 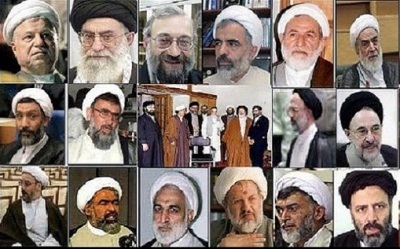