International Liberty Association: Zari Tavakoli, who was arrested for taking part in the 2019 November uprising, remains in prison after three months.
Zari Tavakoli was arrested by security forces in Kerman and transferred to Kerman Prison after interrogations. The civil activist remains imprisoned in Kerman Prison for not being able to pay a 300-million-toman bail set for her release.

Another student activist from the University of Tehran, Maliheh Jafari, who was also arrested during the 2019 November uprising, was sentenced by the Tehran Revolutionary Court on Tuesday, March 3, 2020 to six months imprisonment and other punishments, including transcribing religious books. Maliheh Jafari was arrested by security forces during the uprisings in November 2019 and had been released on bail on 1 December, 2019.

The arrests and sentencing of political activists and those arrested during November protests continue.

Previously, Maryam Alishahi and her son were sentenced to a total of 15 years in prison for participating in Iran protests in November 2019. She is currently held in the Qarchak Prison of Varamin where she was informed of her sentence of 9 years.

Melika Gharagozlou, a student of journalism at Allameh Tabatabaii University in Tehran, was also sentenced to six months in prison by the Tehran Revolutionary Court. Melika Gharagozlou was arrested on 17 November, 2019, during November protests in 2019.

ILA: Forouzan Yazdani-Poor, a student of the School of Social Sciences of Tehran University, was also arrested at her home in Tehran, on 22 February, 2020. There is no information of her place of detention and the reason for her arrest since that day. 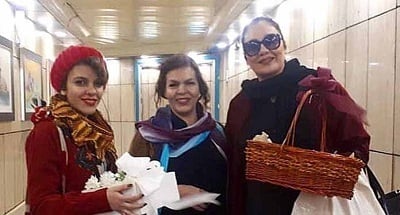 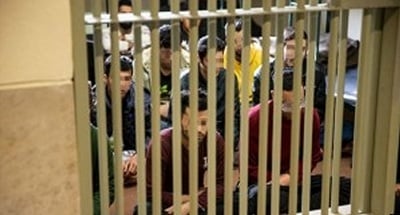