This was despite the heavy presence of security forces around universities especially in Tehran.
Iranian students chanted against the regime’s brutal crackdown against unarmed protesters during nationwide protests that erupted in mid-November after the regime tripled the price of gasoline.
More than 1,000 protesters were killed, at least 4,000 were wounded and 12,000 were detained.

ILA: Students in Tehran University chanted for the release of political prisoners.
“The streets have been drenched with blood and freedom has been sacrificed”, they chanted holding up hand written placards.

They also chanted “despite prison, guns and clubs, we will not stand down”, and “My martyred brother, I fill continue your path”.

They also chanted against the notorious Chief Justice of Iran, Ebrahim Raisi, who gave a speech at Tehran University.
Raisi is despised by Iranians because of his role in the massacre of more than 30,000 political prisoners in 1988.

According to International Liberty Association: Reports indicate that he was brought to the university in secret while the hall where he was to give a speech was filled with pro-regime students and regime affiliates brought in with buses from other areas.

Ordinary students were not allowed inside the hall.

Tehran University students also chanted against Raisi during their gathering for his role in the regime’s brutal crackdown of the November protests. 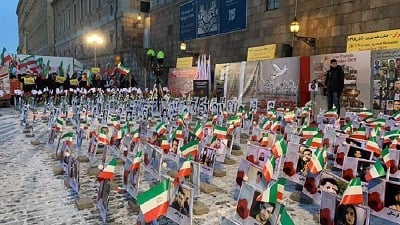 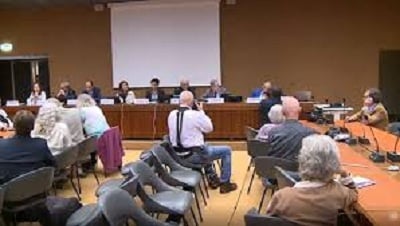