Former teacher prisoner, Arzhang Davoudi, held in the quarantine section of the Zahedan prison is reportedly under torture despite his poor health condition.

After months in solitary confinement, Mr. Davoudi, in a message, said that he had been transferred to a small solitary confinement unit and was deprived of family visits, phone calls and any communications with other prisoners. He was also deprived of free airtime, reading, television, and access to medication and food suitable for his health condition.

The former teacher had started a hunger strike and refused his medications since March 3, 2017 protesting harsh prison conditions.

Mr. Davoudi had described the reason for his hunger strike as such: “I am on hunger because I have been deprived of free air and sunlight since August.”

In his latest message, Mr. Davoudi had said that his sight was becoming dim and he was deprived of the most basic rights. “I’m being held in a small cell that is known as ‘solitary confinement no. 2.’ I am deprived of visits, phone calls, communications with other prisoners, free airtime, walks, reading books, TV, medication, suitable food…”

The 64 year old prisoner was taken to this quarantine ward on 6 January, 2018 where inmates with murder and drug charges are held. During this period Arzhang Davoudi had been denied medical care despite suffering from diabetes and cholesterol as well as heart diseases.

The 64 year old prisoner sent his last message three month ago and there has been no news of him so far.

The prisoners of conscience and political prisoners in Iran, including elderly inmates who have challenged the authorities or filed complaints are singled out for harsh treatment. 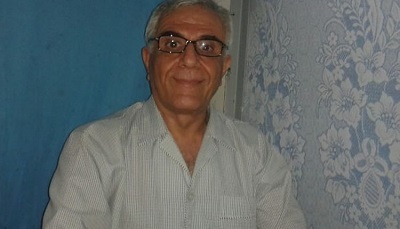