International Liberty Association: A group of relatives of prisoners executed in the 1988 massacre and 1990s in Iran, protested, demanding Justice for their loved ones.
In the summer of 1988, the Iran authorities summarily and extra-judicially executed more than 30,000 of political prisoners and prisoners of conscience held in jails across Iran. The massacre was carried out on the basis of a fatwa by the Supreme Leader; Khomeini.

The family and relatives of the victims protested unjust execution of the prisoners, concealing the role of the Iran leaders in the executions, especially that of Mir Hossein Mousavi, who was Prime Minister at the time.
They wrote an open letter which came after the supporters of Mousavi accused Amnesty International of “distorting” the facts.

Responding to the Mousavi’s supporters, the relatives of the 1988 massacre’s victims issued a statement on Sunday, 4 October, demanding justice and asking Mousavi and other officials to disclose what they know about the massacre of 1988 in Iran prisons.

In a part of their statement, the relatives of the victims said: “The execution of political prisoners in the summer of 1988 in Iran which has been recognized by international human rights institutions as a crime against humanity, is not subject to the rules on the passage of time and its case remains open until it is investigated and heard in a fair and public court, in the presence of plaintiffs and witnesses.”

The relatives of the mass executions’ victims blasted Mousavi’s supporters for “distortion of the undeniable reality of the crime”.

The signatories of the statement, while emphasizing the role of all Iran leaders in 1988 massacre stated that they should be held accountable for why and how this crime was carried out.

They called on Amnesty International to seriously seek to find out the truth about 1988 massacre and 1990s killings and to accompany the families of the victims in the “Call for Justice” movement.

Amnesty International has recently published documents that proved that Iranian authorities were aware of the execution of dissidents between 10 July and 16 August in 1988, which set the scene for the mass execution of thousands of political prisoners later that year.

On 19 August, Raha Bahreini, Amnesty International’s researcher on Iran, tweeted an image of an appeal to the Iranian authorities from 16 August 1988 to stop the executions: “We found the Urgent Action of 16 August 1988 in the Amnesty archives,” she wrote. “It was a shocking discovery that showed government and judicial authorities as well as Iran’s ambassadors were aware of the executions at least since 16 August the same year 1988, but the policy of Mousavi’s Foreign Ministry was denial. Even today, with utmost dishonesty they claim that they did not know.”

ILA: On 9 August 2016, an audio tape was published for the first time of Khomeini’s former heir acknowledging that the massacre took place and had been ordered at the highest levels. 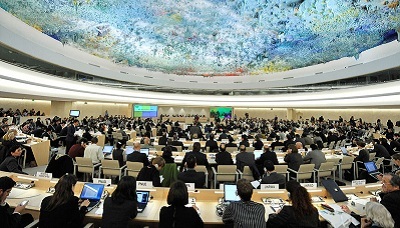