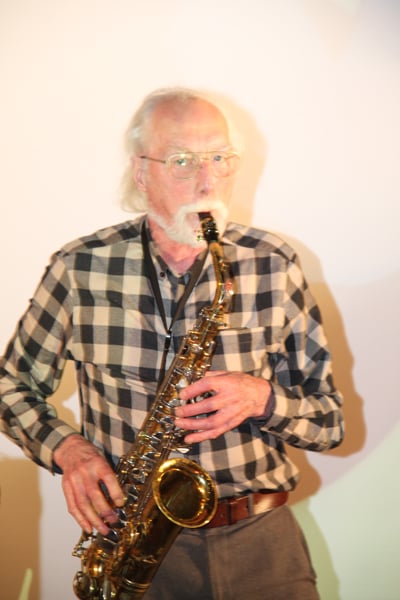 On 18 February 2017 we had our social evening in Oxford. The event was hosted by Martin Todd who was both the MC and the musician. Speakers were Joan Williams, Robert Bowgen and Richard Rankin. Following are excerpts from the speeches:

Joan: “I think it’s right sometimes to stop for a minute and rejoice, and literally thank God, because really to get these people out of Camp Liberty was something like a miracle; I think it really was, and we mustn’t forget that there are joyful things that happen. And that’s partly our help, but very largely the work of the International Liberty people.

“They really do work hard, and they have their own families to worry about. We know one who has a very sick wife, for example, but they give so much, and I think they are a wonderful team, and I rejoice in their courage and their good will too.”

Robert: “My first encounter with Iran was at school, when during the sixth form we were joined by an Iranian student, Merdad. His English was quite good, which obviously helped, and he really impressed me with his straightforward approach to things, and it was obvious he came from a culture that valued education greatly. That was, for many years, my only involvement and contact with Iran, until one day I was shopping in Guildford and I came across an ILA stall.

“I gave a commitment there and then to support them.

“Why do I continue to do so? I think the present regime in Iran is brutal, power-obsessed and wicked in its repression of anybody who challenges its mediaeval world-view. Their outlook is totally at odds with my own and I’m sure with all of you.
The safe relocation of the Ashrafis to Albania was a great relief to me, and I’m sure to them, and proves what can be achieved when people get together behind a cause.”

Richard: “I felt that actually, hell might freeze over before we could get all of them out safely, or even any of them at all. And then, amazingly, last year something went, something worked, and they all got out. And I for one was profoundly shocked. I didn’t believe it would actually ever happen. I was amazed, but it was a very gratifying end to the year.” 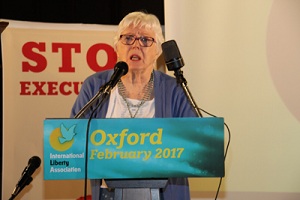 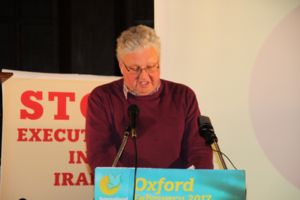 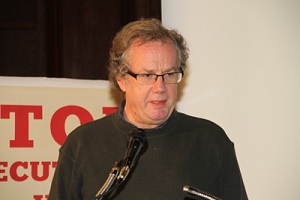