Our event in Kingston was full and we thank everyone who took part and particularly those friends who performed and/or talked and helped to organise the setup of the venue. The event was hosted by Gareth Lawrence who did an excellent job as MC. 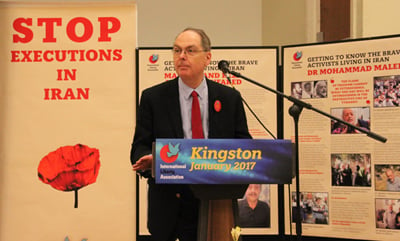 Stephen Infield inspired everyone by presenting the videos he had taken while visiting Ashrafis in Tirana and explaining in detail what he had seen.

Jack Hopkins also talked about his previous trip to Tirana and said: “My wife and I went to Tirana about two and a half years ago, when the first group of people came out of Camp Liberty to Albania. There were about three or four hundred at that time, but it was an extremely inspirational opportunity to speak firsthand to those who’d really suffered very terribly in Camp Liberty, and to see what progress they were making. Now, to see Steve’s video of the developments since then, when there are ten times as many people now in Tirana, they’re really showing what they can do in a very impressive way.

“It really is an inspirational opportunity to see the people who have been through so much, but yet still have an amazing, positive spirit as to what they want to achieve.”

Peter Hodgson also talked about his trip to Tirana to visit the Ashrafis who have been relocated there and said: “My wife and I went there in November and for us it was an overwhelming experience, particularly our first welcome in the old university campus where so many of them now live and work. We’d never experienced anything like this in our lives in any form, and it was so impressive. Everyone was so welcoming, they were so pleased to see us, and if you’ve never had that sort of gratitude directed at you, you just can’t imagine what it’s like for the first time.”

Stephen Roche enhanced the evening with his performances and we are once again grateful of everyone who was there. 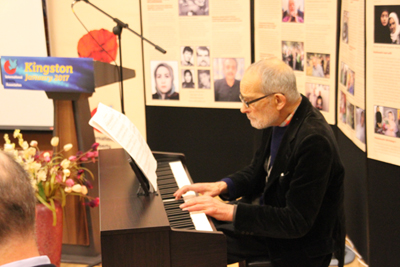 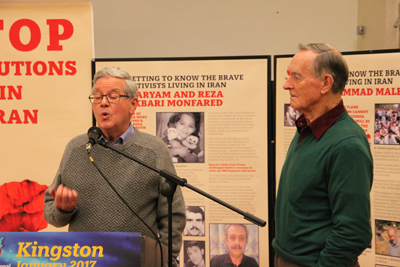 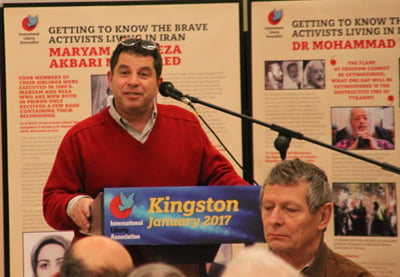