Our 13 October Social Event in Oxford 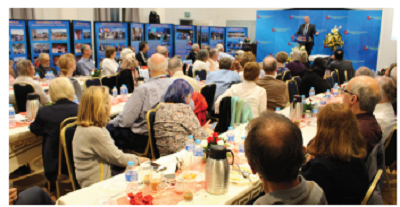 The keynote speaker at our 13 October social event in Oxford, Mr Lars Rise, was a member of the Norwegian Parliament for many years for the Christian Democratic Party. He is also the Chairman of the Friends of a Free Iran in Norway. Excerpts from his inspiring speech follow: 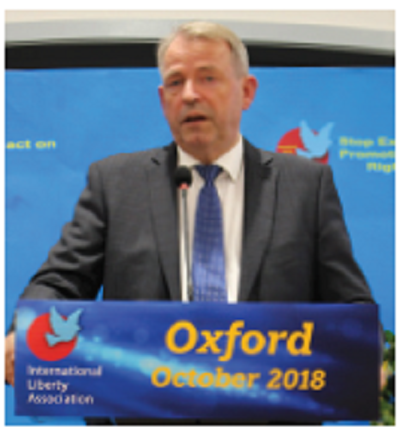 “It’s actually my brother’s 65th birthday today, so I had to call him one and a half months ago when I was contacted to tell him that ‘I am so sorry, I cannot come to your birth­day because I have something more important to do in Oxford’.

“So it’s an honour to be here, and we can see on the wall here, the long history of Persia. It was Persia, I think, until 1935 and it started 4,000 years before Christ, with one of the oldest cultures in the world. And we speak of one of the biggest countries, there are only sixteen countries which are bigger than Iran in the world, it’s the second biggest nation in the Middle East, it’s a key state, it’s the country in the world with the biggest reserves of natural gas, and that means it could have been a tremendous force, posi­tive force in the Middle East, instead of being the centre of terror and horror and the spread of violence, and I would say also an evil way of thinking. So we should really pool our resources to see if we could make a change in this fantastic country with all the possibilities.

But when you have a population of 81.6 million and maybe only two or three million who are supporting the regime, it cannot really last, and we know that many in the leadership of the country, they are already planning their escape.

“For me, Iran has been a big subject since I was a student. I actually studied comparative politics and wrote my thesis about the Islamic fundamentalism and revolution in Iran, so I had a great interest [in this cause].

“In 2005, I was invited to go and see all the thousands of people in Camp Ashraf with my wife. I had newly been married two months before, and I went to my old father and told him: ‘We are travelling to Baghdad’, and he was horrified, because he was at that point watching CNN every day and he saw almost every day it was blowing up something in Baghdad, a suicide bomber, terrorist attack, he couldn’t figure out, ‘why in the world are you going to Iraq, to Baghdad?’ So he was almost like crying when he heard it. But we felt very safe, we spent a little more than a week, maybe four or five days in Camp Ashraf, and we were overwhelmed by not only their hospitality, but I would say the love that we met. And my wife, she was so taken by the emotion she felt, all the love she felt, that she didn’t want to leave. So the evening before the last day she told me: ‘I want to stay here’. So she was newly married, but she said: ‘The love I experienced here is something I never experienced’.

“I know that this is mainly a meeting about human rights, and Iran is one of the worst violators of human rights in the world today. Iran is the country that executed most persons per capita, there’s no other country executing more people, so Rouhani who has been portrayed as a liberal and soft politician, he seems to be more hard-line than even Ahmadinejad, the former President, at least when we look at numbers of executed people; and it is strange that a country with 53 per cent Farsi speaking and then you have the rest of the country are minorities, it’s actually a very large proportion of the population who are minorities, the biggest one is the Azeri, the people from Azerbaijan; you have the Kurds, and then you have smaller groups, and you have a multi-religious society as well, a large Christian minority, and Iran has of course signed on the International Convention on Human Rights.

“But they are the worst violators of international treaties, and the world has to stand up against that, but the West seems to have been paralysed by the thought of appeasement.

“We are all responsible for our brothers and sisters who are in pain right now in Iran and it’s interesting that I think I got the solution from a professor of mathematics who sat down with me, I don’t know if he’s still present here, Mr Colin Hannaford. He delivered his message to me in writing, so he said that: “Bring all the children to me because the Kingdom of God belongs to the children,” and he said that’s the solution, that’s how you can make peace, that’s something I got in writing here, and of course if you have, if you have seen a little group of children, I have two daughters, they are seven and nine now, but they don’t know of the difference between a Buddhist or a Muslim or a Jew or an atheist, they play together, so it’s when they grow up that the parents explain to them, “OK, we don’t like them so much or we don’t like them so much.” So unless you become the children, unless you become like children you cannot enter the Kingdom of God, and I think for Iran this philosophy of treating every human being on an equal basis, which is actually the foundation of the International Convention on Human Rights, unless we can start to think like children who will be fair and just to everybody, I don’t think we can find peace, but together with groups like this I think we can, we can do it. Thank you!”

Retired General Medical Practitioner, Dr Rosalind Kent, spoke at our event in Oxford on 13 October. Excerpts of her touching speech appear below: “My first encounter with any refugees was as a baby during WWII when my parents took in a Jewish couple who were fleeing from Hitler—they became virtually my ‘other parents’.

“I have witnessed the activities of the ILA over the years and the enormous efforts which its courageous volunteers have put into improving human rights in Iran, in Ashraf and in Camp ‘Liberty’. I have met many of these dedicated volunteers and have great respect for, and trust in them. Their efforts in highlighting the human rights situation in Iran and the plight of Ashrafis have been gigantic, with the latter culminating in their release from Camp ‘Liberty’ in 2016.

“In 2009 I attended the demonstration outside the American Embassy where the brave hunger strikers impressed me. I am sorry that the media have not given you more publicity, and I believe that this is further evidence of the insidious influence that the current Iranian regime has in many countries.

“Currently the ILA are focusing their efforts on settling the Ashrafis in their new country, Albania, as well as supporting friends and family in Iran. The importance for Britain of their work is towards the stabilisation of the Middle East, as well as the immediate humanitarian aspects and the promotion of universal democracy. The money spent on political disruption and wars would fund a beautiful and peaceful way of life for all of us, everywhere.” 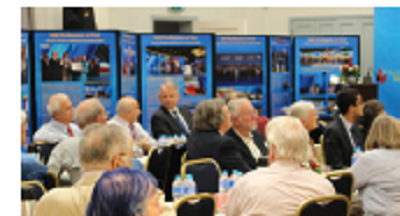 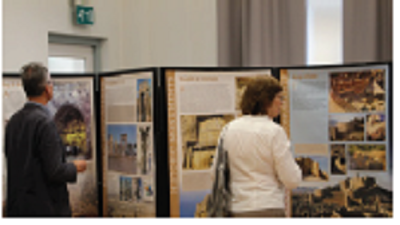