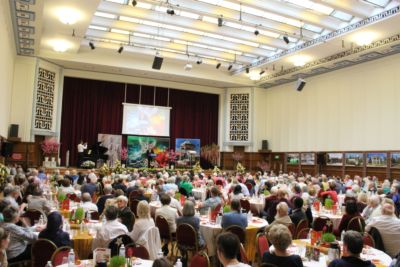 ILA event at Hammersmith Town Hall on 21 April 2018 was held for the occasion of Easter 2018 and NoRuz 1397. NoRuz is the Persian New Year which starts with spring equinox on 21 March. A lot of volunteer effort was put into preparation and decoration of the event venue to make it as pleasant as possible. 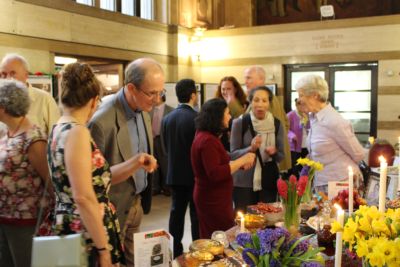 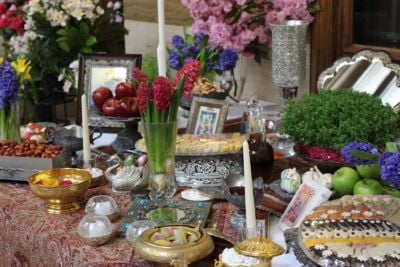 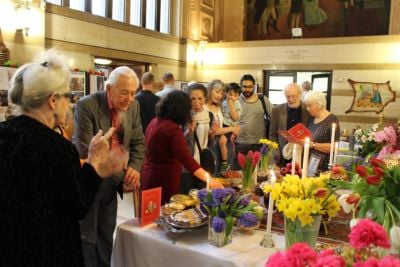 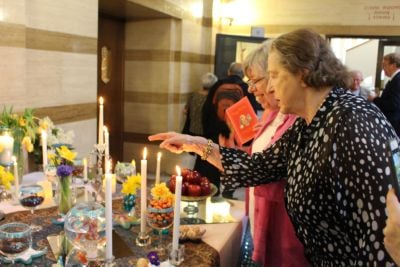 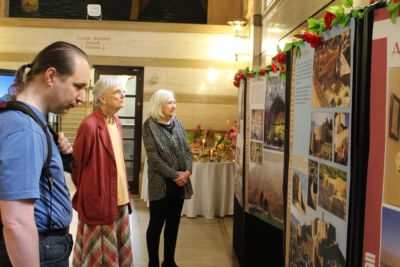 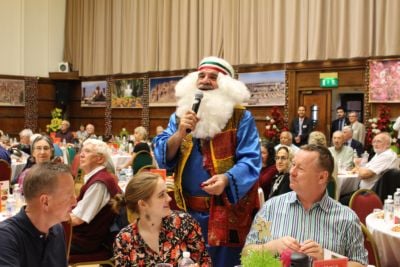 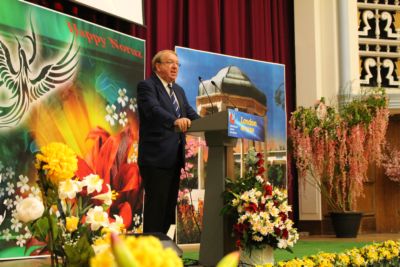 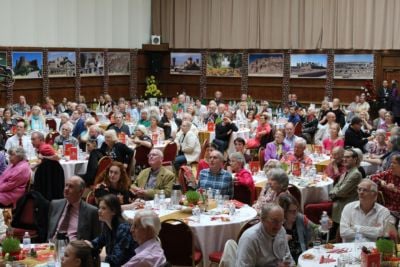 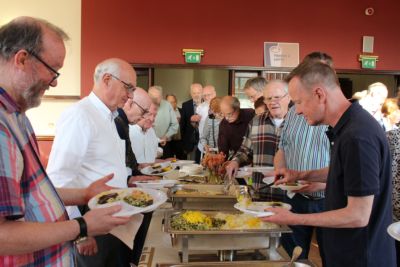 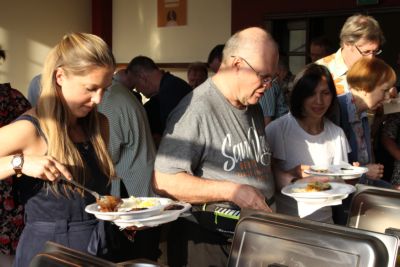 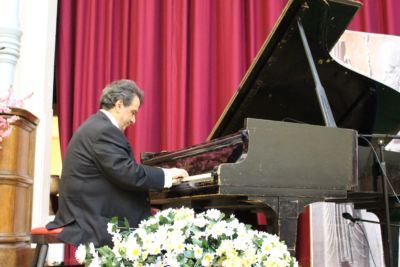 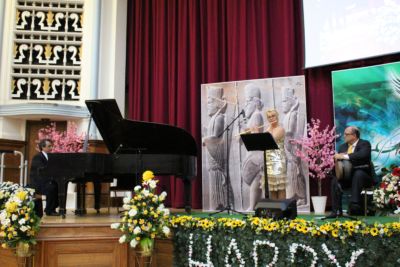 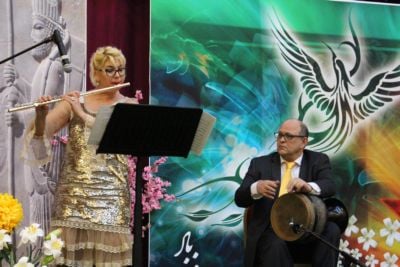 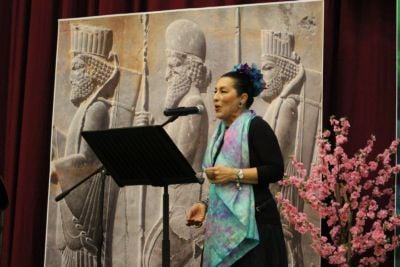 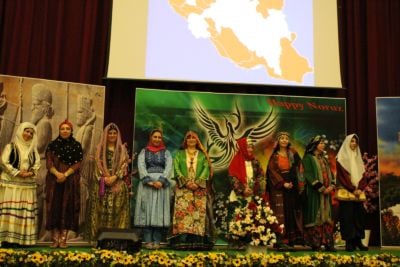 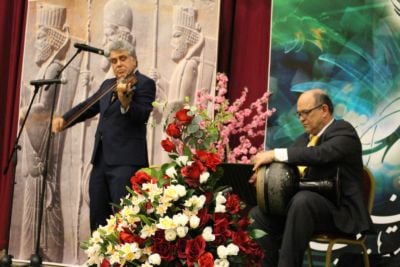 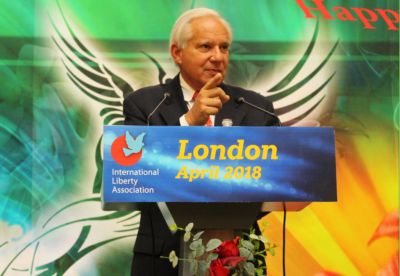 In his passionate speech at our event in Hammersmith Town Hall on 21 April, Senator Robert Torricelli, former Democratic Congressman and US Senator gave a brief history of his involvement with the cause and thanked everyone for their support.

Happy NoRuz, and it is wonderful we could celebrate it today in what could be this year a new beginning in so many ways. This is a cause that has become an important part of my life, and I want to talk to you about it today. The story of the residents of Camp Ashraf has many tragic twists and turns.

The diaspora from Iran, following the revolution which was stolen from the people by the ayatollahs, taking what could have been a burst of freedom into a theocracy of religious fascism, inevitably caused elements of Iranian society to flee Iran, but what follows in the next thirty years is compounded tragedies which bring us here today.

There were few places to leave from Iran but to go to Iraq and seek refuge. What follows is not a great chapter in the life of your country or mine, for the Second Gulf War begins, and even before, when my country sought better relationships with the ayatollahs, the ayatollahs’ price was always clear: you can enter this door, better relationships are possible, but what are you doing about the MEK and the refugees in Camp Ashraf? Which leads us to the point at which Struan, I, and many of you entered this struggle: thousands of Iranian refugees sitting in a desert camp named Ashraf, within a day’s drive of the Iranian border, where they had built a city out of dust. They built a magnificent home: music venues, sports venues, housing, indus¬trial plants producing enough elec¬tricity to light up the province, not just their own city, producing water not just for themselves but for neigh¬bouring farms, a miracle in the desert. And there they prospered, until, … the long grinding down of Ashraf, the killing of innocent civilians, began: rocket attacks, entering with squads of killers, murdering people.

Until on one fateful night a group of special Iraqi forces, I’m certain mixed with Revolutionary Guards from Tehran, in special uniforms provided by the United States Government, carry¬ing American-made weapons that they didn’t even bother to disguise, entered the camp and went house by house. Those who were in the hospital on gurneys were shot between the eyes in their beds, others in the backs of their heads. Those who could not hide or could not run were murdered in place. We had already moved the bulk of the residents to Baghdad. At that point everybody had to leave.

It is an extraordinary story some of you may be hearing for the first time. Most people in my country have never heard it, because it is a truism in the Western world, among the liberal democracies: if the Press didn’t see it, it didn’t happen. So this never hap¬pened, except I was there, Struan was there, it happened.

From the time of the Iranian Revolution to this day, one hundred thousand Iranians have been murdered, executed, killed for noth¬ing but their beliefs. But I didn’t come here today simply to talk about the mullahs and the regime in Tehran; you know that story.

But there’s more that needs to be told of nations that are the found¬ers of the United Nations, of the belief in my house that if the British and the Americans aren’t pursuing justice in the world, nine times out of ten it’s not being pursued at all. I want you to know part of the story that Struan and I lived, because while this killing was going on, the United Nations sent a German diplomat named Kobler to meet with Rudy Giuliani and me, and four or five other former US Government offi¬cials, to let us know that the United Nations recognised the problem and was going to help.

Mr Kobler came and met with us in Paris and he presented us with pic¬tures of a former American military base with secure borders, housing, trees, water supplies, places to work and eat, knowing that we could move these people from Ashraf to Baghdad, put them on an American military facility where the killing would stop. They would be safe! In the name of the United Nations!

When I visited Camp Liberty in Baghdad, there was no water. The protective blast barriers had all been removed by the Iraqis. There were 3 no bunkers. There was nothing but desert, snakes and sand. But in good faith we moved three thousand people to live there. But what you need to know, as people who have helped save these lives, when we saw the reality of it, American military engineers told us it would take four months to get enough water supplies to support three thousand lives. It took four weeks. They told us it would take a year to rebuild this to make it habit¬able. It took about 90 days. These people worked around the clock, 24 hours a day, seven days a week, and built a place where they could survive and keep on the struggle for Iranian freedom, in one of the most extraor¬dinary commitments I have ever seen in my life.

But what happened is that the assault on Ashraf was now repeated in Baghdad, and soon rocket attacks began, rocket attacks that took scores more lives. But the question remained? Where do you take three thousand people who you know a terrorist government will attack? One nation came through: Albania. It is extraordinary.

When I first went to Tirana, after the U. S. Government had approached them, and discussed the possibility, I was interrupted. They said simply to me, “We understand tyr¬anny. You have to explain nothing to us. We lived under a dictatorship for a generation. Whatever you’re telling us about the mullahs in Iran, we saw in Tirana with the communists. We want to help.” And so three thousand souls started to arrive… where they created a miracle once again. 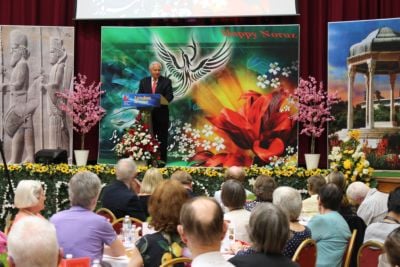 To all of you, no matter what you did, you wrote a cheque, said a prayer, went to a meeting, wrote a letter, let me just tell you the simple truth: you saved lives. There are thousands of people alive – let me be clear: it’s not that they might have been dead, they would be dead. They would have died. No-one was coming to their rescue. And I know there’ll be no plaques, I know the Press didn’t stand outside and talk about your great work, none of you were honoured, because the Press isn’t there it didn’t happen. You just did the right thing!

So I decided a long time ago when I left the Govern¬ment, if I could no longer save the world I could at least save some little part of it. Clearly we did the same thing. Maybe we didn’t move history. But doesn’t it mean something that we saved some people who deserved to be saved, that history forgot?

And for one more thing, not only their lives, but their survival means there’s still hope for Iran to join the family of nations. What an abomination, what an irony of history, one of its oldest cultures, one of its strongest cultures, one of its most dynamic people for five thousand years, living under this oppression of this mediaeval theocracy that has no place in the twentieth, no less the twenty-first century. There’s no great international movement to end it, everyone seems willing to accommodate anyone who has oil. I got that. It’s not going to come from governments. It’s going to come from people who just remember and know what Iran was and could be.

I leave you with this: It wasn’t that many years ago that around this city there were men and women who represented Poland, Czechoslovakia, Hungary, who all believed someday the wheel of history would turn. It did. It will here too. I mention it to you not only because I suspect you believe in the cause of freedom as I do, but that when you, you individually, saved those three thousand lives, you saved the point of a spear. The demonstrations in recent weeks in Tehran, the communication to help people organise, the spread of democratic ideas, the belief in a better future, of course it came from the hearts of Iranians. It also came from the diaspora. The diaspora lives because of you!