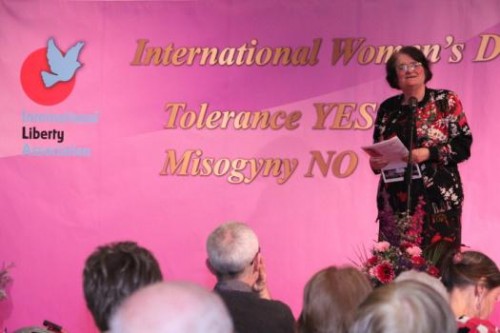 Professor Sara Chandler, member of the Law Society Council and the President of the Human Rights Commission of the Federation of European Bar Associations, addressed our event in London and said: It really is such a warm feeling of solidarity and to be with so many activists and volunteers and supporters of freedom. Your work in the International Liberty Association is so important. Like all organisations that carry support in the international community, it makes such a difference because without that support – think of the remaining refugees in Camp Liberty who are in such a perilous situation. The support of the international community is keeping them alive. 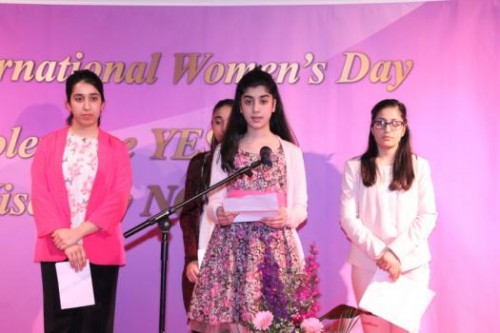 Thanks to the organisations in the international legal community, and especially ones like the International Liberty Association, this is where protection lies at the moment. Rest assured that the Law Society, as a leader of the legal profession in the UK, will continue to remain an outspoken critic of the violation of human rights in Iraq and in Iran. We are especially committed to the women of Iran in their struggle for their rights. We will stand with you as long as we are needed. 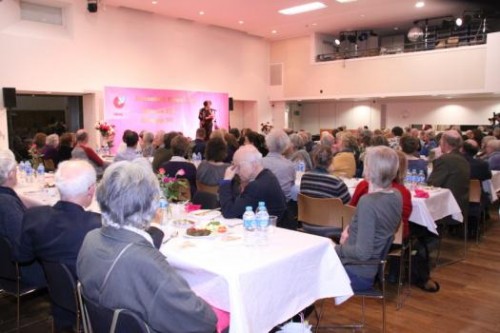 In a message to ILA for the occasion of IWD, Jean Stead, formerly assistant Editor of the Guardian newspaper wrote: The discrimination Iranian women face is much greater and the consequences for their brave actions more brutal. They have become leaders in the struggle for women’s freedom throughout the world. At Camp Liberty, at Ashraf, in Iran, it seems that the Iranian government is prepared to kill them if they do not bow to the subservience demanded of them. As Mrs. Maryam Rajavi has said, “Freedom does not come free and no one will ever deliver it to us in a silver platter”, and she added that with women’s liberation, men were also liberating themselves. The famous English writers, the Bronte sisters, had to write secretly and under men’s names and that tradition continued well into the last century in this country. But it changed, though we still do not have equal rights. Iran, too, will change. It will be the courageous and determined efforts of the Iranian women seeking equality before the law and fundamental freedoms and rights which will bring this about and lead the way for all the exploited women in the world to demand their democratic rights. We are with you all the way!