In April we celebrated the arrival of spring in Hammersmith Town Hall. The event coincided with Easter and Passover and began with a video of the floods across Iran which, because of mismanagement of the authorities, turned into massive misery and despair for millions of Iranians. After one minute of silence for the victims of the floods the event proceeded with speeches by prominent personalities who support the work of ILA and musical performances by talented artists who devoted their time to the cause. The event was divided into two by a meal of delicious Persian cuisine with main and side dishes in self-serve style. Excerpts of the speeches follow 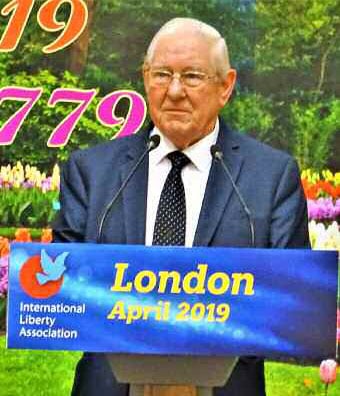 I am sure that all of my colleagues in the Parliamentary Association for freedom in Iran would agree with me when I say: thank you so much, your work is so valuable, and well done. One of the good things about this cause is that we don’t have labels of political parties, we don’t have bitter discrimination against each other, we don’t have people pushing their own egos, whether it’s in my party or the other party, or any other party, we are an all-party, all parties in Parliament gathered together to seek justice and freedom for the people of Iran. My personal belief is that much of the success of that move from Camp Liberty to Albania was made possible by the help, sometimes given very quietly, of the people and the workers and the volunteers in ILA, and I don’t think that the move could have taken place without the help of you and the people in ILA. 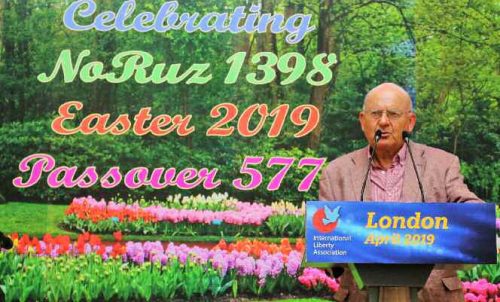 As the former General Secretary of Amicus, now UNITE, and former President of the TUC, I am very well aware of the priority that human rights requires in the contemporary world. I salute the International Liberty Association for its work in this field, because it is organisations that campaign on human rights and civil rights that make all the difference, particularly to those who are gaoled, those who do not have a voice, and in Iran in 2018 seven thousand plus people were arrested and many people were executed. In fact Iran has the highest execution rate per capita in the world, only exceeded by China which is of course a much bigger population. But those seven thousand plus people arrested in Iran need our solidarity, and indeed Iran is a prison, so the rest of the population need our solidarity, and the recent decision by the American administration to designate the Revolutionary Guard Corps as a terrorist organisation is an important building block to stopping the arbitrary arrest, imprisonment, torture of people in Iran. Already struggling with escalating sanctions and from a population which will not be silenced and has been taking part in protests, strikes and demonstrations for well over a year to lay responsibility for poor working conditions and economic hardship at their door, it could just prove to be their last straw.

Over recent weeks, there have been protests and strikes and demonstrations by Iranian workers. The work of the International Liberty Association is very important in this area. The humanitarian activities have to be prioritised, and it’s been saving many lives in Iran, because the more attention, the more pressure, the more lobbying, the less people are in prison and the less people die. Together, showing solidarity, we can prevail. 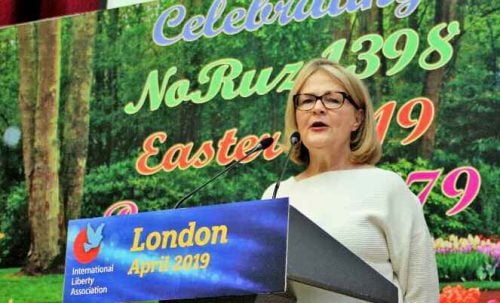 Thank you so much, all of you, for being here. Thank you, ILA, for the very kind and courteous invitation to be here. It is an honour to be here, humbled as I am and have always been, by the work of ILA, ever since I first encountered them. You saw there very brief highlights of something that has become my journey over the last few years since we founded One Young World ten years ago.

But the thing that I am so struck by, with the story of Ashraf and Liberty and Ashraf 3, and the story about the situation in Iran itself, is its very weird, strange parallels with the South Africa in which I grew up. That was also a brutal regime, in that instance not even pretending to be voted in by its people, unlike the situation in Iran today, but certainly a regime that used capital punishment, that controlled the press, you know, we grew up without television and not because our parents didn’t let us watch it, there wasn’t any; because the South African government had correctly surmised that television could be a weapon in the hands of those who wanted to tell the truth. Growing up in a place where there was no freedom and no press freedom, but if you were a white child you certainly thought you had freedom. But we didn’t know until we were teenagers that there really wasn’t any freedom. When I left the country of my birth in 1986 it did seem that freedom was an impossible thing, that the only end of the apartheid regime would be a bloodbath many, many years hence, and it would have to be a bloodbath, because clearly at the time all power, particularly the power of arms and militarism, were in the hands of the apartheid state, and yet you know that today the story is a completely different story. Nelson Mandela was the one who emerged from incarceration with a message of reconciliation and peace for the world. And it seems to me that today, if one were living in Iran itself, especially as a young person that you would really be asking yourself what the future was. And if you had any notion of the freedoms and the human rights that you lacked, that you would be despairing and believing that there was indeed no end. But people tell me of people who are in those situations of seemingly hopelessness, that when they hear that people in far lands wish them freedom, speak up for their rights, and tell the truth, tell their truth, they all say those things make a difference. If you here in the United Kingdom are speaking the truth of the Iranian people, it matters, it really, really matters. So I salute you for your work, salute all of you and say to all of you: this truth about Iran has to be told. 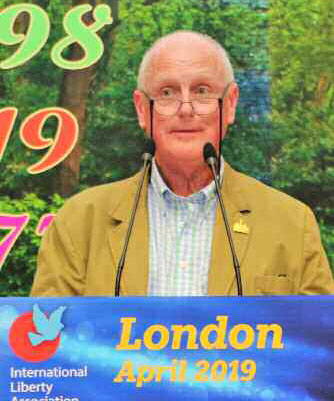 My daughter and I visited Tirana 18 months ago to meet those extraordinary people. We were overwhelmed by the love, humility and gratitude that met us. It was a most humbling experience. What have we done? We’ve done so little, and yet it meant so much. I was genuinely brought to tears. I was told that the very fact that people outside knew about their plight, and were sympathetic, was enough to keep them going. This is an important lesson. Yet this is not the end. We must remain watchful, as the regime is not passive. Iran is deeply involved with affairs outside their borders, in Syria, Yemen, Lebanon, amongst others. 15 months ago there were riots in the streets throughout the country. They’re still going on. These were suppressed by the Revolutionary Guards with imprisonments and killings. Women’s rights protesters are suppressed, environmental rights protesters are suppressed, even news about the current disastrous floods right across the country is little reported. Who’d seen those videos before tonight? We must remain vigilant. We must remain informed. We must speak out to tell others what is going on. We must once more make it clear that we are here, we’re listening, and are sympathetic to their plight. For me, that means staying close to my good friends here. I find it impossible not to love these wonderful people, and the work they do. I hope that NoRuz brings a new beginning of peace and safety for the people of Iran. 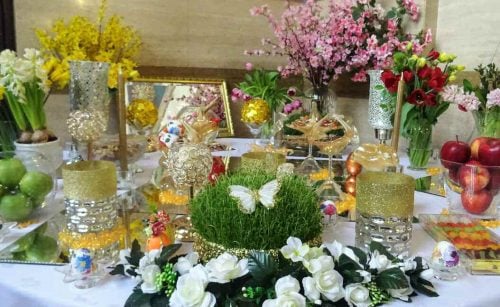 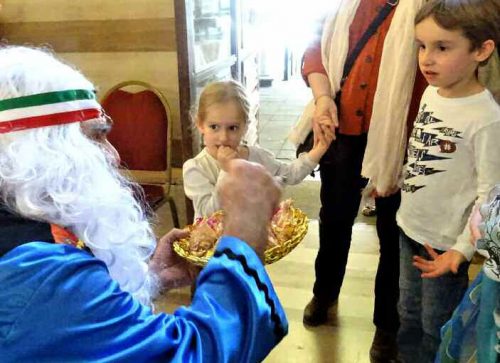 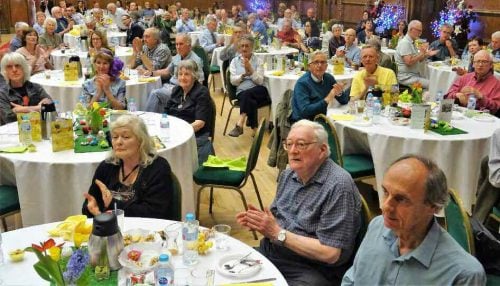