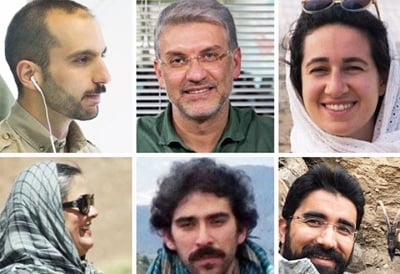 The Canadian government says that it is “deeply concerned” about the continued detention of environmental researcher Niloufar Bayani, who is facing the death penalty in Iran on vague security and espionage charges.

Nilofar, who is being held in Iran’s notorious Evin prison, was arrested back in January by the Iranian Revolutionary Guards Corps (IRGC), alongside eight other environmental activists who were monitoring the endangered Asiatic cheetah with motion-activated camera traps.

The Revolutionary Guards has suggested the cheetah research was a pretext for spying for the United States and Israel. montrealgazette

The arrests have been condemned by scientists, environmentalists and human rights activists, with anthropologist Jane Goodall being just one of 350 scholars and researchers from 70 countries calling for the environmentalists to receive “fair and just” treatment.

Nilofar’s friends and colleagues, especially those who knew her from her biology degree at McGill University or her work at the United Nations Environment Program in Geneva, have also criticised her imprisonment in an effort to attract public attention and pressure for her release.

Of course, the truth is that the environment has become a contentious political issue in Iran and anyone seeking to tell the truth about the Regime’s disregard for it is risking their lives. After all, the Regime can ill-afford any more popular protests against it.

Human Rights Watch reported that the environmentalists have not been allowed access to lawyers of their own choosing and no trial date has been set.